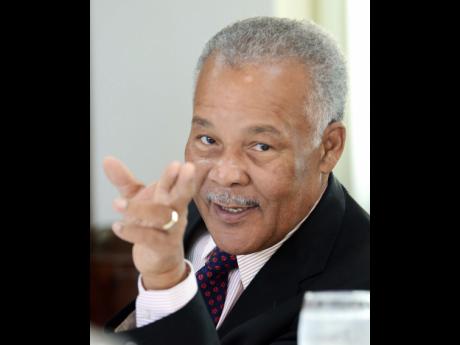 Owen Arthur, former prime minister of Barbados, has called for a fundamental review of the regional-integration movement, arguing that there could be opportunities for a comprehensive overhaul that might not have existed prior to the global financial collapse some eight years ago.

The Caribbean made much progress up to 2008, creating the foundation of a single market, but the process stalled after the global financial meltdown. The creation of new international-integration groupings has also put small, vulnerable blocs such as CARICOM at a further disadvantage.

Arthur, the region's point man at the height of the integration movement, is calling for a rekindling of that process, suggesting, in light of the thawing of relations between Cuba and the United States (US), CARICOM might want to consider inviting the communist country to join the movement.

"It is, therefore, now the opportunity for us to revisit what the Caribbean economy should really be about. I know that Cuba is going to become a liberal economy. Should we now not be looking into having a partnership agreement of our own conception that goes beyond CARICOM, embracing Cuba?" he asked during a Gleaner Editors' Forum last week. He also suggested the region hedge its bets even further.

"We have a small relationship with the DR (Dominican Republic) but why don't we have a relationship with DR that's similar to the one we have with Europe? We have, I think also, to embrace the basin (Caribbean Basin), as well, in a pragmatic way, and in the same way that the big economies are going to have to find specific blocs, we need to fit a serious Caribbean economy into the global economy," the economist argued.

Arthur urged Caribbean countries to review their failure to realise the objectives of the Caribbean Single Market and Economy (CSME) to harmonise rules for the movement of capital, goods and services, with the aim of a comprehensive overhaul to make it relevant to the changing dynamics of the global-trade arena. He lamented that the Caribbean missed the boat in terms of an appreciation of the intended benefits of the CSME,

"If you understand that the CSME was supposed to be an instrument to enable us to live in a liberalised world, by being the wicket on which we practice before playing the Test, you would understand how important it should have been," Arthur told the forum.

"What the CSME sought to do is to require that we, too, become part of a programme of liberalisation, but that in every sphere we liberalise faster, deeper, broader than we did with the rest of the world."

The former prime minister admitted individual countries in the region have been prepared to yield a lot, with no guarantees of reciprocation for trading partners, a situation they should now start to correct. He recalled, with pride, attending the launch of Sagicor, a Barbadian company in London, England, some time ago.

"It was a great pleasure to hear a Barbadian company become global, if only because Sagicor was drawing its skills from all across the Caribbean. And I told them, you are being a model of what the Caribbean must be, an enterprise speaking with different accents but in the same voice. Now that is the way that the Caribbean has to go!"

Arthur warned that the failure to recognise the disadvantages of current trading arrangements would see the region further sidelined.

"The fact is that unless the Caribbean agrees to join the rest of the world, and embraces the liberalisation, whether by itself or by finding a relationship with those liberalised blocs, we are going to be left somewhere languishing in the backwaters of the 20th century."