Bunting condemns slaying of second Constable within a week 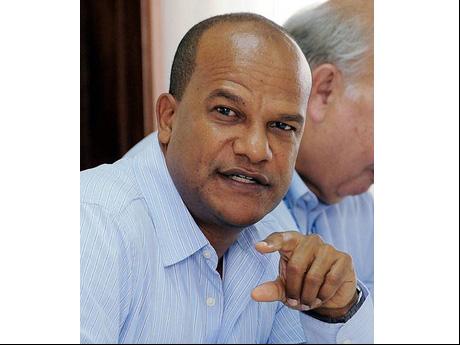 File Photo
Peter Bunting ... "On behalf of the Government of Jamaica, I wish to express deepest condolences to the family, friends and colleagues of Constable Barrett."

The Minister of Security,  Peter Bunting, has expressed regret at the brutal murder of Constable Lyndon Barrett.

Bunting says 'this is another sad day for the Jamaica Constabulary Force – and Jamaica'.

He is the second cop from the division to be killed in the past week.


SEE FULL RELEASE FROM MINISTRY BELOW

The Minister of National Security, the Hon Peter Bunting is expressing deep regret at the brutal murder of yet another officer of the law in the Kingston West Division at the hands of gunmen tonight, the second in less than a week.

Constable Lyndon Barrett of the Denham Town Police and a five-year member of the JCF was gunned down on Wellington Street in Downtown Kingston whilst carrying out patrol duties in the area.

“This is another sad day for the Jamaica Constabulary Force - and Jamaica – and I call on all Jamaicans to join me in condemning this heinous crime”, said Minister Bunting.
“We will not allow this cowardly attack on Law and Order to go unpunished. I wish to assure the Jamaican people that the Police will not be deterred in their efforts to defend communities and to maintain the pressure on criminal elements”, added the Minister.

This is the second police officer to be murdered in exactly one week. Constable Crystal Thomas was shot dead by gunmen on a public passenger bus after being identified as a police officer.

Minister Bunting said, “On behalf of the Government of Jamaica, I wish to express deepest condolences to the family, friends and colleagues of Constable Barrett. I encourage the men and women of the Jamaica Constabulary to remain courageous and resolute in the face of these attacks. We have the capacity to track and apprehend these vicious attackers, whose agenda seems to be to cause fear among the citizenry. With the partnership and cooperation of the people of Jamaica, we will bring these perpetrators to justice.”

The Minister learnt of the slaying of Constable Barrett while in Washington where he is holding a series of meetings with senior State Department and law enforcement officials on topics which include furthering cooperation on combating narcotics trafficking, organised crime, and the lottery scam as well as building the capacity of local law enforcement to deal with violent extremism.