Do your job, NHT 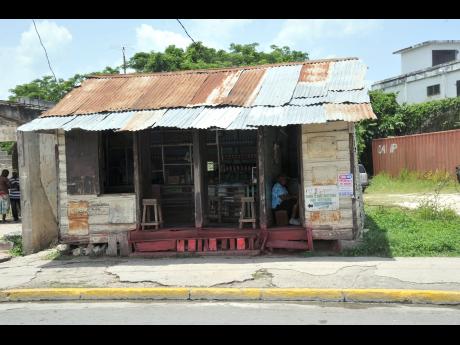 Norman Grindley
An old shop in the town of Savanna-la-Mar.

Businessman Roger Allen, who has major investments in Savanna-la-Mar, Westmoreland, says the National Housing Trust (NHT) should begin to spend the billions of dollars in its coffers on the construction of houses in Westmoreland and other parts of the island to create an economic stimulus for the country.

Allen, who was speaking during The Gleaner's Growth, Investment and Job Creation Forum in Savanna-la-Mar, made his statement in response to complaints by Everton Tomlinson, president of the Westmoreland Football Association, that a lack of corporate support by the banking sector was holding back development in the parish.

"Let us look at the institutions that we put in place to serve us, for instance, the National Housing Trust. The NHT is sitting on billions of dollars," said Allen.

"There are three properties that I can count right now in Savanna-la-Mar that the NHT owns. They put up signs now to say they own these properties, including one at Paradise and one at Hartford. If, for instance, the NHT should use some of that money and start the housing process, because young professionals need somewhere to live, that alone would stimulate the economy, not in Westmoreland alone, but in Jamaica," said Allen. "If the NHT would get up off their wherever and use some of that money that we already put there, that they are sitting on, they could stimulate the economy of this country so much."