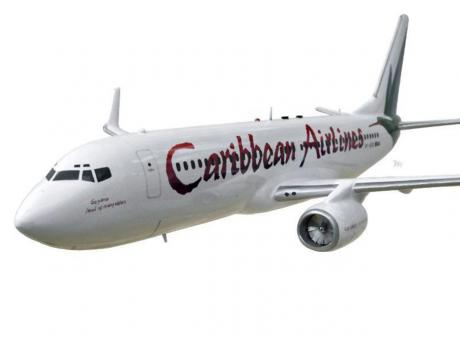 On landing, passengers were asked to disembark and some became irate in the waiting lounge when Caribbean Airlines representatives failed to adequately address their concerns.

There was chaos aboard a Kingston-bound Caribbean Airlines flight late this evening after it had to make an unscheduled landing in Fort Lauderdale, Florida.

Tanya Ellis, a passenger aboard Caribbean Airlines flight 475, told The Gleaner via What's App messenger that the plane landed in Fort Lauderdale around 8:50 pm (Florida time).

This triggered chaos among ‎passengers, already uneasy because the flight had earlier returned to Orlando just minutes after take-off ‎.

‎"First they said it is a problem with fuel and returned to Orlando then had to land in Fort Lauderdale, that's when they became a little more honest about the issues," she said.

According to Ellis, ‎when the plane returned to Orlando ‎it apparently refuelled and then took off.

But Ellis said anxiety soared when the pilot advised mid air that there would have to be an unscheduled stop in Fort Lauderdale because the carrier had developed mechanical difficulties.

On landing, passengers were asked to disembark and Ellis said some became irate in the waiting lounge when Caribbean Airlines representatives failed to adequately address their concerns.

Ellis said as tempers flared, the police were called in.

Passengers were given the option to wait indefinitely on the next available flight or return to flight ‎475, which engineers cleared to continue flying to Kingston but at a lower-than-normal altitude.

Ellis said some passengers refused to return to re-board the plane.

The flight, with fewer people than originally booked, left the Hollywood International Airport around 10:30 pm.

However, the airline's website indicated that the flight left Fort Lauderdale at 10:33 this evening and landed in Kingston at 12:03 Friday.