Marlon Phillps holding on to the promises of God 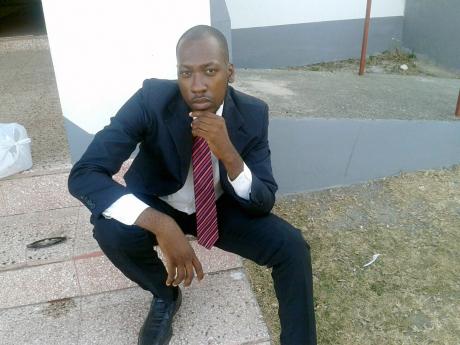 Jolyn Bryan
Marlon Phillips holds on to the promise.

Like many Jamaicans, Marlon Phillips grew up in Sunday school, but stopped attending church in his teenage years because, he admitted to Family and Religion, he found it boring and routine.

Phillips began partying and chasing girls, going as far as to set up his own small sound system to become a disc jock, but as glamorous and exciting as these things were, he did not feel fulfilled.

"There was a dull ache and empty void in my life that I couldn't explain. Then my Sunday school days started flashing back to me. There was a still, small voice saying stop, but I ignored it," Phillips told Family and Religion.

He shared that it was his mother's intervention that finally put him on the right track, when she pulled him aside one day and told him that life meant more than parties and girls. He decided to return to church in his late teens, and in September 2007, he gave his life to God at the Church of the First Born Olivet Gospel Hall in Yallahs, St Thomas.

While the response of his family, who are mostly Christian, was overwhelmingly positive, Phillips has lost a lot of friends since his decision to follow Christ. While a few friends prayed with him and encouraged him, others avoided him, explaining that they were afraid that their influence would cause him to backslide. Others ridiculed his decision, telling him he would soon give up, or implying that it was because of a woman that he had joined the Church.

But Phillips shared that his life has changed direction and he is better for it. The 27-year-old is now married to a young woman he describes as a 'beautiful angel', and says that he has found fulfilment in all aspects of his life.

"There is an everlasting sense of peace and my life has a sense of purpose and meaning," he said.

But it has not always been easy. The St Thomas native admitted that he still struggles with the temptation to give up and to return to the life of his early youth. Specifically, he pointed out how hard it was giving up being a disc jock, something he had a passion and skill for. Phillips also said he struggles with discouragement, especially in times when his life is not going according to plan,. but he finds comfort and encouragement in the Bible and in prayer.

"I pray every day, and my worship routine is, most mornings, prayer and reading a Bible verse from an app on my phone. On Saturday morning, me and my wife have a detailed devotion, and daily we pray for each other. When times get hard, I just tell myself that heaven is better than this and that heaven is my destination," he said.