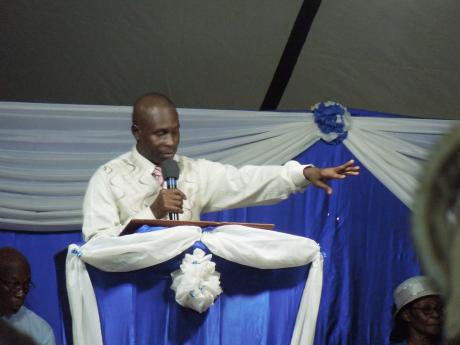 Clement Logan makes a point during a crusade in St Thomas recently. 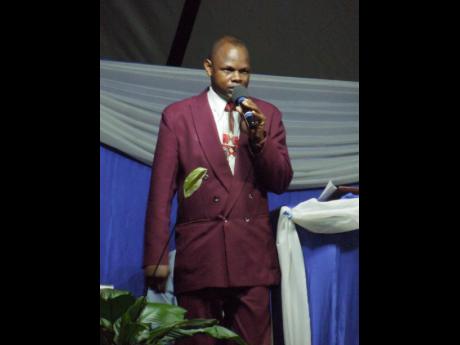 Andrew Brown delivers the Word of God a crusade in St Thomas recently.
1
2

Planting a giant tent in the earth at Southaven in Yallahs, St Thomas, the Power of Faith Ministries International (PFM) recently ministered the community through a two-week crusade.

Residents from across Yallahs made it their duty to attend the evening services.

Minister Clement Logan of the PFM assured Family and Religion that being in Yallahs was no raffle.

"We've been praying for St Thomas in general for a number of years and the Lord led us to this area in Western St Thomas - Yallahs to be exact. And so, through many prayers and discussions with Dr Delford Davis, we decided that this year, this time is the right time to launch this crusade in St Thomas," he said.

The congregation was made up of saints from neighbouring community churches and by others who were 'seeking to be filled'.

Though exposed to the night's air, attendees of the two-week crusade seemed unperturbed by the possibilities of catching a cold. As they jumped, danced and worshipped, shouts of gratitude and praise could be heard echoing throughout the vicinity.

Then it came to the moment most people anticipated. The moment the Word of God was shared. Minister Andrew Brown was charged with this mission.

Brown, who told Family and Religion that his ultimate goal was to win souls for the Kingdom, had the congregation shouting "Amen!"

As with most church services, the message ended with an 'altar call'. Those who wished to be prayed for were asked to gather at the front of the makeshift rostrum.

The mantle was then handed back to Logan, who ended in prayer.

Logan told Family and Religion that they had not put a number to the converts they wished to have at the end of the crusade.

"Whatever God does, we'll be satisfied with it," he added.

Worship began at 7:30 each evening. The crusade was scheduled to end last night.

"It was originally scheduled for two weeks, but it may be extended as the Lord leads," said the minister.