Immigration Corner: Can I apply for bail? 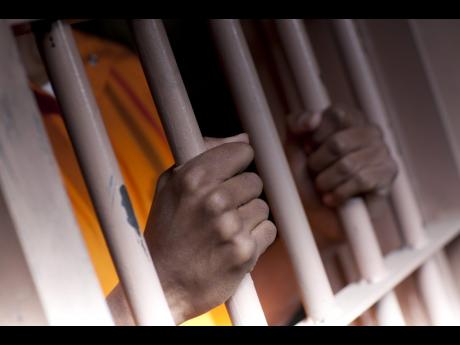 Can a person apply for bail while being held on immigration matters in the United Kingdom?

A person can apply for immigration bail if the Home Office is holding him or her on immigration matters. That person may be released from detention if he or she agrees to obey some conditions.

A person can apply whether he or she is held in an immigration removal centre, a detention centre, or a prison; however, that person must be held on immigration matters.

Persons may find it hard to get bail if they have broken the terms of bail before, have a criminal record, and the judge thinks that there might be a possibility that the person may re-offend.

If a person was refused bail in the previous 28 days prior to application, he or she will probably not get another hearing unless his or her situation has changed significantly. Persons who are refused bail will get a written statement telling them why. It is worth noting that if persons get bail but are due to be removed from the United Kingdom within the next 14 days, those person will not be released without permission from the Home Office.

Persons may apply to one of the following for bail: the First-tier Tribunal (Immigration and Asylum Chamber); a chief immigration officer - if the detention had started within the previous eight days; and the home secretary - if the detention had started more than eight days prior. Also, if a person has appealed to the Special Immigration Appeals Commission, then the application should be made to that commission. More information can be found at:

If persons have retained a solicitor or a legal adviser who is acting for them, they can help with a bail application.

Persons seeking bail from the tribunal should fill out form B1. They can either download the form or ask the tribunal to send them the form.

If a tribunal appeal hearing is scheduled, send the form to the tribunal or hearing centre where the matter is to be heard. Otherwise, the staff at the place where the person is being held can fax the application to the proper venue.

There will be a hearing to decide whether bail should be granted. This will happen a few days after the bail application is received and the person will receive a 'notice of hearing', advising when it is to be held. It is quite likely that the person applying for bail will not be in the room for the hearing. It is more likely to happen over a video link.

It should be noted that for the first eight days after a person is detained, he or she can apply to the chief immigration officer for bail (CIO bail). Please note that if a person has been detained for more than eight days, then he or she should apply for the secretary of state's bail instead.

A person may apply to the Home Secretary when he or she is first detained, and that person may be given the form IS98A. This form can also be given by the staff at his or her place of detention . Please note that in this case, there will not be a hearing.

When making a bail application, it is important that the authorities are informed of the applicant's proposal for accommodation and sureties.

A person is more likely to get bail if he or she has a place to stay. In addition, the application is also more likely to succeed if the person has at least one surety. This is a person who will pay money if the terms of bail are broken; and/or makes sure the person stays in touch with the authorities; and/or can attend the bail hearing.

It is important that the applicant give information in the application form about where he or she will live and where the sureties live. It should be noted that in Scotland, the person who will pay money is called a 'cautioner', and this person must deposit money before the applicant is released.

If a person is granted bail, it will have conditions attached. That person will have to live at the address he or she gave in his application and report regularly to an immigration official. It should be noted that there may be other conditions.

Also, if persons do not follow the terms of their bail, they may be returned to detention; the persons or their sureties may have to pay the money agreed at the hearing; or, in Scotland, only the cautioners may lose the money they deposited.

A person can ask to change some conditions, for example, if that person needs to move to a new address. The home office may not agree to the change. However, if they do not, the person can apply to the tribunal.

• John S. Bassie is a barrister/attorney-at-law who practises law in Jamaica. He is a justice of the peace, a Supreme Court-appointed mediator, a fellow of the Chartered Institute of Arbitrators, a chartered arbitrator, and a member of the Immigration Law Practitioners Association (UK). Email: lawbassie@yahoo.com