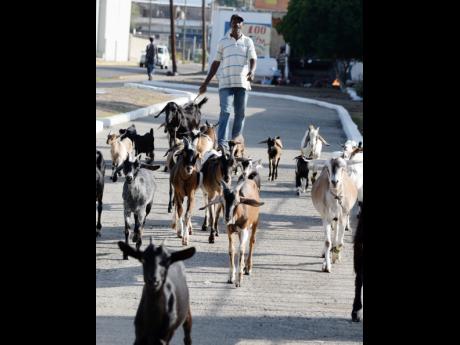 Jermaine Barnaby
Alva Rowe taking out his goats at the crack of dawn. 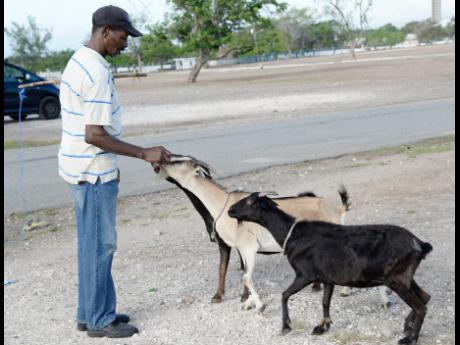 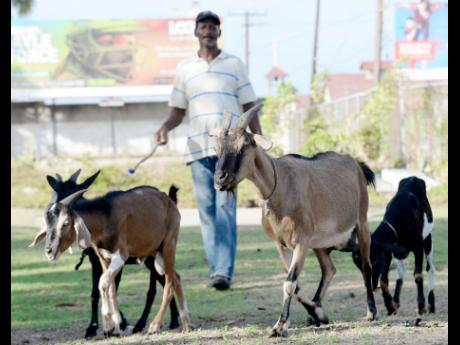 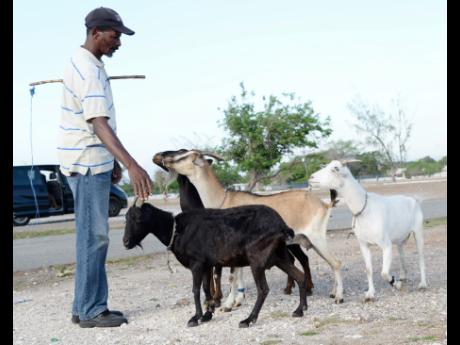 At the crack of dawn, Alva Rowe gathers his flock of goats to take them out to pasture. Not to some rural hilly terrain or luscious meadow, but to a little green spot in the park at National Heroes Circle - right in the heart of Kingston.

Rowe is an urban goat herder from one of the capital's innercities.

A resident of Slipe Pen Road, for more than seven years, the married father of four sons has been raising goats in the urban settlement to support his family.

Starting his unique urban livelihood with four goats, the elderly goat farmer now has a herd of 72, one of which is from the original four - a female he calls 'Blak Gyal'. The elder nanny goat mothers the flock, among them 'Beauty', 'Speed', and 'Milk'.

Acknowledging the challenges that comes with raising a herd of goats in an urban setting, Rowe said each day he has to take extra precautions to protect his flock, which includes taking them out at 5:30 each morning, carefully herding them along sidewalks and across roads to gather in the park at National Heroes Circle, where they feed on the grass under his watchful eye.

A couple hours later, he shepherds them along the same path back home to their pen near his home, where he locks them in, before heading to his job as a security guard at an infant school.

Would he have his life any other way?

"Not at all," declared the goat herder, noting that he loves what he does every day because the goats are precious to him.

"Yea man. These goats are precious to me, because the financial package I get from one is a big achievement," Rowe told The Gleaner.

Not even the gruelling task of cleaning up their mess daunts his spirit, especially because he strongly believes in keeping them clean and presentable.

He said he has to always be on high alert with his livestock, both from predators and the dangers that comes with goat herding in a busy city.

"You have to be on high alert with them. When I am out here, I have to be looking around and over me shoulda at all cost," he said.

Noting the good deeds the animals have brought him and his neighbours, Rowe encourages youth within the community to get into goat farming.

"Me have some likkle people weh mi encourage in the area and sometime dem a dweet an dem a survive better dan me," he shared with a chuckle.

Rowe teaches even his own sons the trade and art of goat raising, giving them their own small herd of goats to raise by themselves, as he allows them to gradually take up the responsibility of providing their own livelihood.