Footprints: Wesley Dixon - His memory will remain in family's hearts 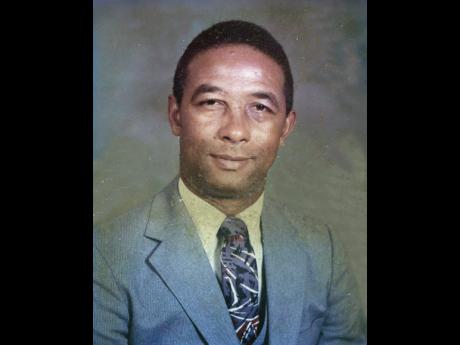 These few heavily emotional sentiments were some of the words uttered by Wesley Oscar Dixon to his mother before he died on July 28.

"I prayed with him the Monday and he died on the Tuesday," his mother recounted.

Wesley, a well-mannered individual, grew up in Craig Head, Manchester, where he also went to school. His mother recounted that one of his teachers, Mr Bachelor, took the time to write her a letter telling her how polite her son was. She was very proud to hear this, and many years later, it became one of her fondest memories of him.

He was a husband, beloved son, father, grandfather, and great-grandfather.

Wesley had one sibling, a brother, Steve Jones, whom he loved dearly.

The family tree didn't stop there but branched off as Wesley had six children - Samantha, AndrÈ, Kevin, Darrin, Tabatha, and Melaine - whom he loved dearly; and 12 grandchildren he adored. Now, they are all saddened by his death, but his memory remains in their hearts.

Samantha reflected on the weekend trips she would take to visit Wesley in Miami and considered this one of her fondest memories of her father. She also enjoyed seeing him driving his trucks because she knew he enjoyed it, too.

The 67-year-old dedicated his life to auto mechanics and managed to start his own company called Dixie Gas.

He went to Chesterville Youth Camp Auto Mechanics School, where he studied engineering. He continued his passion for mechanics as he was an instructor at Operation Friendship, an institution that offers engineering classes.

Who knew his love for trucks would have been the death of him!

He migrated to Miami, Florida, where he continued his obsession with driving trucks and he had an accident. He was never the same again. He was in and out of hospital until he passed away last month.

Loving, kind, obedient, and fun are some of the adjectives that describe Wesley. His family and friends will always remember him as the stern, respectable man who would go the extra mile to help anyone.