Remembering the battle of Britain 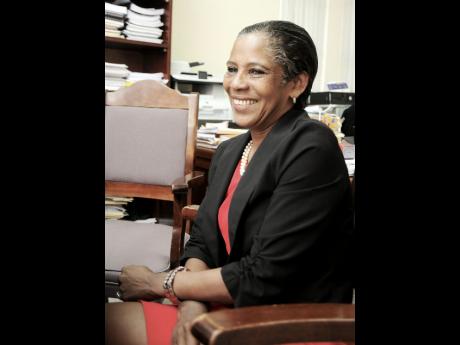 Local activities to celebrate the 75th anniversary of the Battle of Britain got underway yesterday with a service of thanksgiving at the Garrison Church, Up Park Camp, which was followed by a brunch and band concert at Curphey Place.

Tomorrow, there will be an official wreath-laying ceremony at the cenotaph at National Heroes Park, with the annual reunion dinner set for Curphey Place on Thursday, September 17 - the final official activity for this year's celebration of the Battle of Britain.

But just what is the Battle of Britain, and why should Jamaicans be interested in something that happened all of 75 years ago?

When I put that question to retired Major General Robert Neish, president of the Royal Air Forces Association (RAFA) Jamaica 580 Branch, and Major Johanna Lewin, chairman of the executive committee, I got and learnt much more than I could have anticipated.

"The Jamaican contribution has to be remembered, not only because of history, but also because of the contribution of these men and women, who went of their own free will. They might have seen it as glamourous as young men and women, but it was extreme risk, and they served bravely and courageously," Major General Neish, former head of the Jamaica Defence Force (JDF), was quick to point out.

"They contributed a whole lot to the war effort, and they came to Jamaica at the end of the war. Many of them took advantage of training - so they became engineers, accountants, doctors and all sorts of different trades. And the contribution they then made to Jamaica when they came back, it has never been fully measured, and it's very important. The story has not really been told. These old men didn't think much of themselves, but what they did for Jamaica - when you look at it and calculate it and look it today - is a part of the nation building that we feel proud about."

Meanwhile, Major Johanna Lewin (retired) joined the Royal Air Force (RAF) at the behest of Colonel Ken Barnes, who insisted that all JDF air wing officers and pilots become members. And even though Colonel Bunny Stern also tried to get the young pilot to understand the value of being associated ... it wasn't until many years later that she would be able to fully appreciate what both men had been trying to instill.

In fact, in speaking with The Gleaner recently, Major Lewin waxed philosophical and even nostalgic.

"I believe that we, as a nation, do not understand what has shaped us, and this is not confined to those who went to war. My late mother battled to get her people to understand and appreciate the value of our heritage, the richness and depth of our music, the sense of who we were and are, which I think, to a large part, is no longer present," she declared.

She continued: "At every event, we recognise those who have passed away, and even if none have, we now recite the excerpt from Laurence Bunyon's poem titled For the Fallen, to try and ensure that we do not forget. Hence our tag line, which is 'Lest we forget', and our motto 'Non nobis sed vobis' meaning 'not for ourselves alone'.

The ode (excerpt from Bunyon's For the Fallen)

They shall grow not old, as we that are left grow old:

Age shall not weary them, nor the years condemn.

At the going down of the sun and in the morning

We will remember them.

"I love what we do. I love what they did. I love what they stood for, even though, by and large, they didn't even know what they were standing up for or putting their lives in danger for until they got there or even long after. Many were on boats crossing the Atlantic. They were torpedoed, but they persevered and never had any regrets," the former JDF pilot noted.

For Major General Neish, all of the history associated with the Battle of Britain makes it very relevant to young people today.

"The concept of volunteering, the idea that you went and exposed yourself to all sorts of dangers; you fought to maintain your own self-esteem, your own determination to come out of it a better person. That's why the Royal Air Force Association Jamaica branch survives today. Because they were very determined when they came back, to stick together and to build this branch and to build Curphey Place, where we still meet today and do all sorts of nation-building things together.

"And that's why we celebrate Battle of Britain every year. It's not because it's the battle of Britain that we are looking to Britain, it is because of what Jamaicans did to develop themselves; make a contribution to preservation of democracy against Nazism and continue today to still be setting examples, so I am passionate about it and have been since my days in the air wing."

World War II veteran Earl Barrington 'Barry' Beckford, who turns 90 next month, put the impact of the Battle of Britain this way: "We might all be speaking German".

He told The Gleaner: "I didn't used to think history was so important until I found out how many people don't know anything. Some people don't even know there was a war; or when you say a war, they don't know which war it is you talking about."