Sadiqu Javed has a passion for the common man 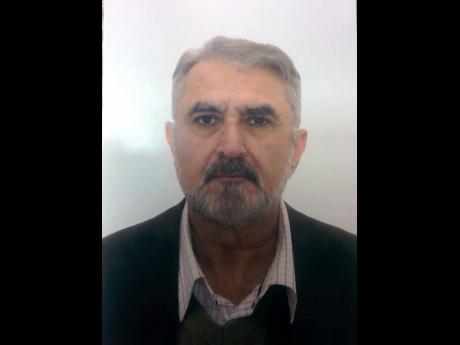 Pakistani-born Canadian social-development activist Sadiqu Javed possesses a profound and demonstrated passion for the development of the common people, especially through educational and religious interventions.

This driving passion to better the lot of the less fortunate was manifested with a recent fact-finding mission to Jamaica, where the Ahmadiyya Muslim devotee participated with education ministry officials to explore the potential of establishing a new primary educational institution in Old Harbour, St Catherine.

Javed, who shared with Family and Religion that he operates a taxi in Canada for six months each year, and spends the other six in Pakistan running his personal "El Sadiqu" primary school, which he set up in the Rabwah area of the country, says some of his time here in Jamaica also included giving religious instructions to new converts at the Ahmadiyya's Muslim Mosque in Old Harbour, St Catherine.

"I am here specifically to see first-hand how best to contribute to the development of this community and, by extension, Jamaica. So far, we are exploring the idea of establishing a primary educational institution here," Javed shared enthusiastically with Family and Religion.

The soft-spoken taxi operator/school administrator insisted that, contrary to popular belief, Islam firmly believes in education, and even the Prophet Mohammed emphasised, "The ink of the scholar, is holier than the blood of the martyr, so if we educate the people, a lot of the social ills affecting the most vulnerable will be eradicated."

The national president of the Old Harbour-based Ahmadiyya's Muslim organisation, Umair Khan, noted that the community (Jama'at) is already providing adult's education literacy classes at its compound, and a primary facility will complement the overall educational programmes of the community.

Khan, a second generation Canadian-Pakistani, says, the local Muslim religious group is also making steady progress in integrating into the society, and will initiate a variety development's programmes to benefit the community.

"We have established an adult's literacy class here, so the primary component is a natural fit and will compliment the adults' components," Khan, who heads the local Ahmadiyya community, explained.

"And we are already in dialogue with ministry of education's officials on the establishment of the primary component of our educational's initiative," said Khan.

Javed, however, pointed out that while the primary educational initiative will eventually come on stream, before it becomes a reality, the programme will require approval from the education's ministry and the Ahmadiyya's international community before funding is sought.

"It is a worthwhile programme to pursue. However, there is a process that we must all abide by, and that is getting the go-ahead from the ministry (education) and our own community," Javed, who also visited Africa and Belize, said.