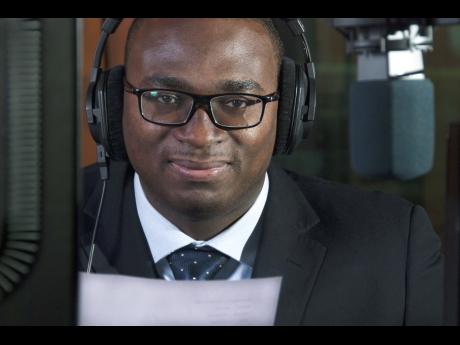 Contributed
Neil Nunes of the BBC 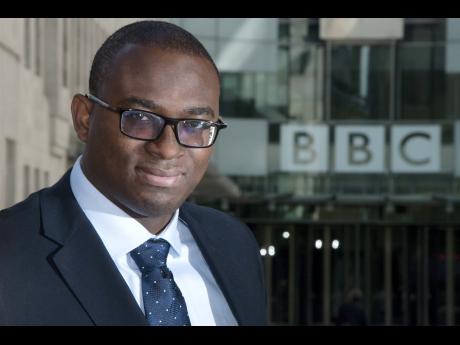 The rich texture of his voice, his articulate delivery and authoritative presentation resonate with listeners in Jamaica, who hear him on the British Broadcasting Corporation (BBC). But Neil Nunes remains humbled, seeing himself as very blessed to be the Kingston-born, Manchester-raised boy who attended Villa Road All-Age, Knox College and Northern Caribbean University (NCU) who got a glorious opportunity.

Nunes' journey to the present has not been without hurdles. He shrugs off the critics like those who describe his voice as "grating and inappropriate for the station." In a recent telephone interview, Nunes told The Gleaner, "I don't give credence to them."

Throughout his career, feedback to his sound and delivery has been good; so of the negatives, he responds, "In a big international audience, not everyone will be familiar with a Jamaican accent, will like, or be socialised to my sound."

Explaining that initially the criticism was evenly split, Nunes said, "In my capacity, I cannot afford to dwell on it, I do what I have to do and get on with the job."

He has had to unlearn many things to arrive at this professional level but also credits the Jamaica Cultural Development Commission speech competitions for his start. "The BBC gave me the training, but I was grounded in Jamaica.

As the only black reader of the news bulletins on BBC World Service radio and one of a small number of ethnic minority presenters of the BBC World TV, Nunes has come a long way since his early training in Jamaica. He explained that radio is intensely personal because someone's voice is in your bed/living room all the time; it's natural to have strong feelings about it.

"When the media reports are about you, you do what you have to do and get on with the job because you understand how that works," he said, in his unmistakably Jamaican accent. At the BBC since 2003, Nunes is now in a freelance staff position which allows him to pursue other interests such as voiceovers, so long as they don't conflict with his primary work. He is also a lay preacher at the Seventh-day Adventist church where he worships.

Walking into the BBC in London for the first time, he recalls, felt like, "going home" and "a great occasion". his friend had arranged for him to meet someone helpful at the BBC headquarters.

He arrived there from Dutch St Maarten, where he had been a correspondent at BBC Caribbean, and where he'd also met his wife after leaving Jamaica in search of better job opportunities.

Relocating to England was his wife's idea.

"My wife wanted to pursue further studies in nursing there," said Nunes, who is father to one daughter and caregiver for two teen nieces.

"It was great to put faces to the voices I had worked with and to see all my heroes at the BBC and now be part of that team."

"I have learnt so much from them," he said.

Nunes said he was allowed to be creative.

"It was a great time for a young man, it was like being given a blank cheque; the culture there is one of an obsession for excellence and high standards."

Nunes describes everyday at the BBC as memorable.

"Every time I walk in, I feel blessed, but in 2005 when I started reading the world news bulletin on the BBC World Service was a stand-out moment because it goes to the entire world. For a young boy from Mandeville who grew up brushing his teeth while listening to the 8 o'clock news to be reading that news was a big thing," he recalled.

"Joining Radio 4 is another significant milestone. I had expressed a desire to work with them and they said, 'we'll get back to you.' A year went by before I got an email requesting a demo tape - that was impactful," he said.

Asked whether his experience included racial encounters, Nunes told The Gleaner that even if he did, he wouldn't know because he doesn't pay any attention to it and hardly ever takes anything personally.

"Being on radio, you are almost public property and you will encounter negativity, but I am careful not to attach race labels to them because people have different reasons for their actions. I focus on pushing, driving and ambition. I cannot afford for negative criticism to stick with me at my level."

Of the changing face of journalism in the era of social media and all its implications, Nunes believes that the democratisation of the media means every practitioner is a producer, writer and presenter. The Internet plays a vital role, and the notion of journalist being the gatekeeper to what people ought to know is now being rapidly broken down.

"The modern journalist has to be a multi-media individual, be comfortable with every facet of the field - researching, writing, voicing, producing and presenting," he said adding, "Journalists who are not flexible will not survive."

His advice to future aspirants to the BBC is that it is possible.

"I am blessed, the path to where I am has been paved by great people who told me, 'you can do this, my mother pushed me to excel, even when I did not believe I could. A man's grasp should exceed his reach.

"Think and dream big, don't put any hurdles in your own head, life is very good at doing that for you. If you are the best at what you do, have infectious enthusiasm and a positive attitude, work hard, be allergic to mediocrity, settle only for excellence."

Nunes, who regards himself as a servant of mankind, said boys from Papine, Maggotty, Denham Town can be where he is.

"Where you are should not define where you go, use that to motivate and drive you to greatness. I can encourage people to see that a boy who had no lunch money, one pair of trousers can be heard by the world."