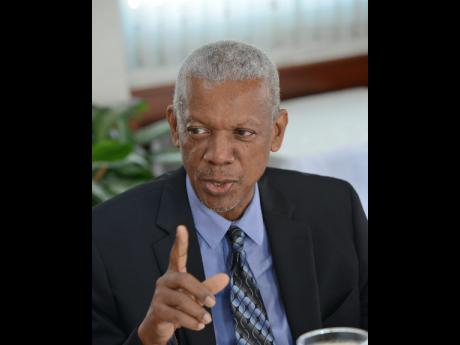 The school-feeding programme is to be directly linked with a promise, from Venezuelan President Nicolas Maduro, that an expanded PetroCaribe arrangement will see efforts aimed at reducing hunger and poverty in the region.

Jerome Thomas, the Food and Agriculture Organization (FAO) representative in Jamaica, The Bahamas and Belize, said recently that his entity would be providing technical assistance in order to ensure the goal is achieved.

"The school-feeding programme is extremely important in Jamaica, particularly people at the lower socio-economic level and we are adopting some practices from Brazil - something called sustainable school feeding programme - and providing links with the general community," Thomas said.

The FAO representative, who was addressing a Gleaner Editors' Forum at the company's Kingston offices last week, said at least two schools would be selected for a pilot programme.

"We will be linking farmers with those schools where the schools would purchase a significant proportion of the food consumed from farmers. The farmers would then have a guaranteed market, a guaranteed income and that (would) help them to raise their standard of living," Thomas said.

Maduro, who visited Jamaica earlier this year for the 10th anniversary commemoration of the signing of the PetroCaribe deal, said the oil-trade facility represented "the foundation for the construction of a new independence in Latin America and the Caribbean".

"It has turned into an integer formula, a miracle, a formula of integration, of prosperity ... and has contributed economic, energetic and social stability for the Caribbean," the president said during his visit.

"We can say with certainty that without PetroCaribe, our Caribbean would be a Mediterranean," he added, referring to the refugee crisis under way in the Mediterranean Sea at Europe's borders.

Maduro also pledged to build a comprehensive plan for the Caribbean energy bloc in the next 10 years, spanning from 2015-2025.

The goals of the plan include reducing hunger and poverty in the region.

Thomas, while noting that one of the goals of the FAO is to end poverty, hunger and malnutrition, said PetroCaribe is allocating a significant amount of its resources to ensure the attainment of the goal.

Dr Wesley Hughes, chief executive officer (CEO) of the PetroCaribe Fund, told The Gleaner the project, aimed at reducing hunger and poverty, has been conceptualised in honour of late Venezuelan President Hugo Chavez.

He said a decision was taken, following a meeting this year, that the school-feeding programme would be put forward for funding under the PetroCaribe Development Fund.

"The dairy sector or the chicken-rearing industry would be targeted as a source of protein for the school feeding programme under this programme," Hughes said.

"It is in the initial stages, we haven't yet finalised the details," said Hughes.

With Jamaica already having a school feeding programme, the PetroCaribe Development Fund may not be required to put up 100 per cent of the required amount to fund the implementation.