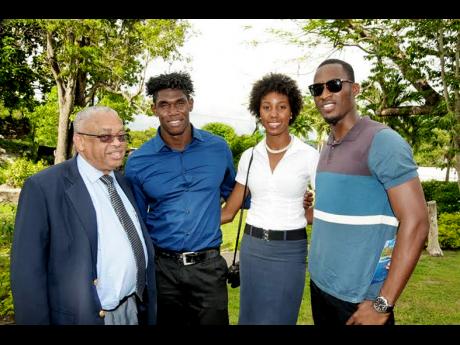 The setting of some 30 persons included the president of the Jamaica Olympic Association, Michael Fennell, among other specially invited guests.

McDonald made it clear that UWI's legacy has been moulded by hard work and commended the honourees for their significant contribution to the university and Jamaica.

"UWI produces excellent leaders, thinkers and doers, and the precedence of our community has been set by those who refuse to give up in the pursuit of their dreams," he said.

He added that the awardees are a huge inspiration to Jamaicans, and so the university campus is in full support of its fellow pelicans.

Hansle Parchment gave the vote of thanks on behalf of the awardees.