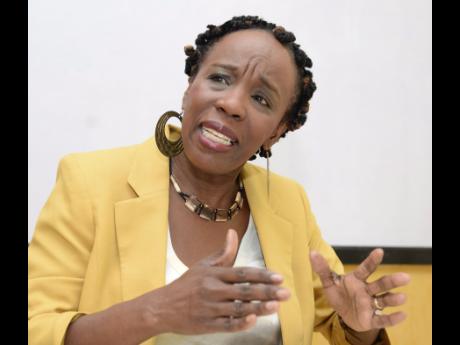 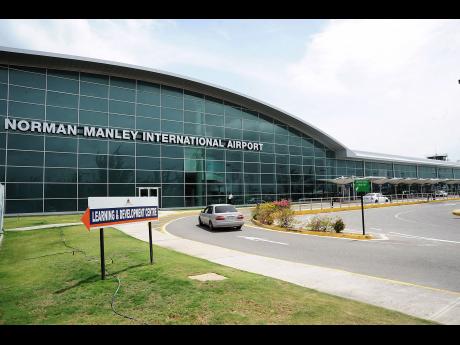 File
Jamaicans see the root from the Norman Manley International Airport in Kingston to the United States as the chance for glory but many find the grass is not necessarily greener overseas.
1
2

The sweet life that Michael Mitchell* dreamt of when he ran off in the United States (US) more than 20 years ago has not materialised, and now he, like many other Jamaican immigrants, is homesick with a burning desire to return home.

But, like so many other illegal immigrants, Mitchell has no documents and finds himself stuck in New York living a life that he is desperate to escape from.

Mitchell, now 59 years old, ran off in the US after he was granted a visitor's visa as an entertainer in the late 1980s. For many years he sold marijuana and cocaine on the gritty streets of Bronx, New York, to survive.

But having avoided the police's dragnets and survived the brutality of other drug pushers from South America, and repeated shoot-outs between men he said were linked to the infamous Tivoli Gardens-headquartered 'Shower Posse' and men from 'Southside', who ran amok in the borough during the 1980s, Mitchell now wants to come home.

"I want to go back to Jamaica. I long for Jamaica, trust me. More than 20 years now me don't see yard and sometimes it get to me because this place will stress you out more time.

"But me know one day I will reach back a Jamaica," said Mitchell, who has been seeking the services of an attorney to help 'straighten out' his immigration issues so he can travel. But there is no telling how long that will take, he confessed.

Mitchell is now employed as a maintenance worker at a small company in the Bronx. The job is low paying, but he cherishes it as it is among the few that illegal immigrants can secure without a passport, driver's licence or other forms of documentation.

His hard reality today is in stark contrast to the lavish lifestyle he planned when he 'blew' the entertainment visa given to him as a member of the entourage of a veteran reggae artiste in the 1980s.

Three years after being issued the visa, and after using it to smuggle large quantities of cocaine and marijuana into the US, Mitchell ditched the entourage for a full-time life of drug dealing in the Bronx.

"When me first come a foreign is a lot of things a go on with drugs; money a make. Cocaine and ganja have always been here all along, but is Jamaican come foreign come show foreign people how much money can make in drugs," said Mitchell, clutching his cloak which he was using to shield a 40?C autumn chill while standing outside a house he now shares with relatives living in New York.

"But you have some little man who get too red eye and start moving a way. Them start shoot up the place, shoot up them one another, and make the Feds (Federal Bureau of Investigations) start clamp down on the drugs certain way," said Mitchell.

"Man from Tivoli Gardens and man from Southside come up here and a war. Man all fly up from Jamaica come kill man and go back down. So you find a lot of man go prison, some ran away, and some rob who them get to rob and go back home to Jamaica.

He was arrested and charged with drug-related crimes in the 1990s, but escaped a prison sentence, which would have led to his deportation.

According to Mitchell, the time he spent in jail caused him to reflect on his life of crime, and he left police custody determined to change. He spent the next several years trying to secure an arranged marriage, which could allow him to apply to live in the States legally, but those efforts failed.

At his age, however, that option is fast fading and Mitchell is pinning his hopes to legalise his status on moves by the American authorities such as the 'ban the box' initiative announced by President Barack Obama.

This initiative is aimed at stemming discrimination and assisting former prison inmates by stopping potential employers from asking about criminal records in job applications.

But even as he waits, Mitchell knows that his chances of getting legal resident status are slim and his hope to visit his birth land is dim.

"I miss the food, although they are importing a lot of food down there and messing up the people, but I have to have some good Jamaican food.

"I miss the environment, I miss arcade and my friends downtown where I use to sell, and I miss the football games at stadium. I definitely have to play some ball at Hellshire (St Catherine) because I was a Hellshire man from morning. Me hear that the beach wash away, but I still have to go see for myself."

Mitchell is among scores of Jamaican illegal immigrants in the US who fled their home country without giving serious consideration as to how they will survive in that country, argues Jamaica-born, America-based forensic social worker Carmeta Albarus.

"If you don't have anything to come here with, no money, no subjects, no plans, it doesn't make any sense. The drugs thing is not like one time; you come here, and worse you are new, you are going to end up in jail or dead," Mitchell warned.

For Albarus, many Jamaicans would benefit greatly from pre-migration counselling before moving to migrate.

"Other nationalities do it, especially the Jews. So they have that sort of support system that starts there and follows them through here. So it reduces the risks of them falling through the cracks and getting into the kind of behaviour that lands them in prison, or land them on the other side of the law," she said.