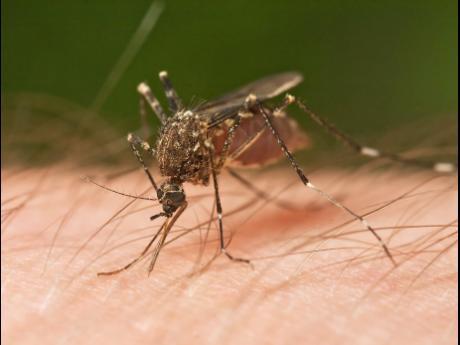 A new study is suggesting that the mosquito-borne virus chikungunya, more popularly known as chik-V, may lead to severe brain infection and even death in infants and people over age 65.

It was published yesterday in the Neurology Journal, a publication of the American Academy of Neurology.

A total of 24 people had encephalitis that was associated with the chikungunya virus, for a cumulative incidence rate of 8.6 per 100,000 people.

The study concluded that encephalitis was more likely to occur in infants and people over age 65.

An estimated 30p-45 per cent of the infected persons with encephalitis had persisting disabilities.

The disabilities included behavioral changes and problems with thinking and memory skills in infants and post-infectious dementia in previously healthy adults.

One of the authors of the study, Dr Patrick Gérardin, reportedly said the consequences of this encephalitis seem to be particularly harmful in newborns.

There is no vaccine to treat chikungunya.

Jamaica was hit hard by a chikungunya outbreak last year with several deaths linked to the contraction of the disease.

The authorities have been blamed for not putting in place adequate preparation although the Pan American Health Organsiation held an event in Jamaica in 2012 to prepare health care workers for the virus.