Dalley: Only Mike will survive in Clarendon, Pearnel and Ruddy will fall 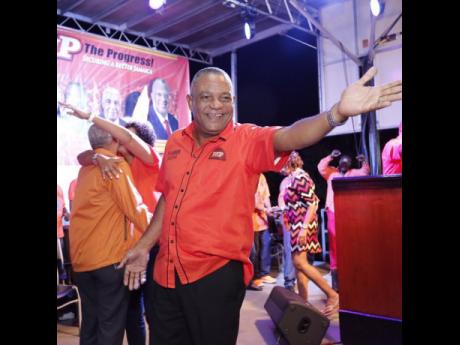 via Twitter @JamaicaPNP
If Dalley's prediction holds true, it will be a reversal of the 2007 general election results, which saw the PNP winning only one seat - South West Clarendon.

Horace Dalley, the MP for North Clarendon who suffered a shocking defeat in the 2007 general election, is predicting that Central Clarendon Mike Henry will be the sole survivor of the Jamaica Labour Party (JLP's) contenders in the parish in the next general election.

Clarendon has six constituencies - three now represented by PNP MPs and the other three by JLP MPs.

"We are confident that there are going to be two major upsets in the next election when the Prime Minister calls it," Dalley said.

If Dalley's prediction holds true, it will be a reversal of the 2007 general election results, which saw the PNP winning only one seat - South West Clarendon.

Dalley along with Richard Azan were booted by the voters in that election but were reelected in 2011.

Noel Arscott, the lone PNP MP in Clarendon in 2007, recalled that election.

According to Arscott during the period of "the wicked JLP government" his constituency was starved of resources but that has changed since the PNP reclaimed state power in 2011.