The Beckfords: 65 years of togetherness 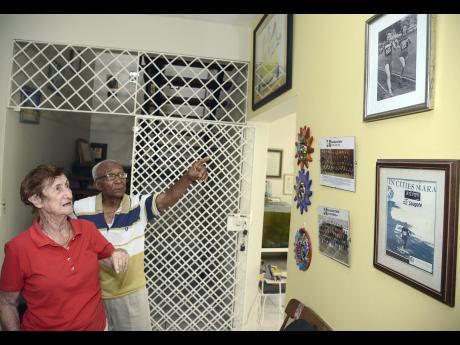 The Beckfords take a walk down memory lane as they show The Gleaner team pictures from their past and family activities. 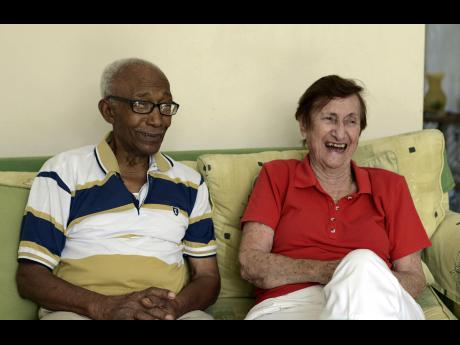 The couple who laughs together... There always seems to be something funny being said between Margaret and Barry Beckford, especially as they reflect on their 65 years of marriage. 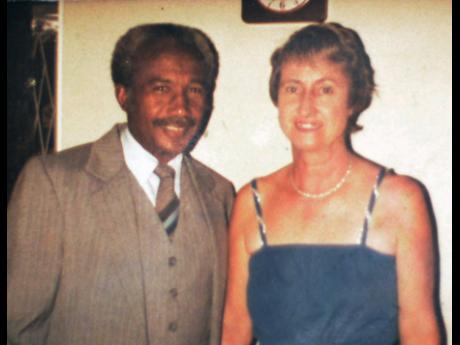 Their laughter is infectious, and especially after 65 years together, they can still laugh at, and with, each other.

Barry and Margaret Beckford celebrated this matrimonial milestone on November 18 and it's pretty clear how they've stayed together this long.

"Our daughter, Jackie, says it's because we argue so much," joked Margaret. "I think what it is, is the fact that we have so many common interests." The couple met in England when they were both at a holiday camp. Margaret, was there with some school friends and he was there with a Jamaican couple.

"There were two holiday camps close to each other," she said. "When he was playing cricket and football, I was out there cheering, and then we had track and women's football. So we just got to know each other." Barry who is Jamaican, and Margaret who is English, kept in touch after the camp through letters. They met again at a holiday camp reunion.

"And from then, it took off," she smiled. They lived in England for eight years after marriage before coming to Jamaica. Looking at old pictures, they marvel how the styles have changed over the decades. Barry jokes that one thing that has kept them together is their mutual love of sports.

"I think you have to have a common interest, otherwise you might want to go somewhere and she might want to go somewhere else," he said. "I think, immediately, our interests were similar, and we wanted to do things together. When you have the TV on, you want to watch the same thing." Margaret, who was quite the runner, was also quite good in netball and became the first president of the Jamaica Netball Association. She also coached the Ardenne High School team for more than 20 years, winning many titles. She even recalled an instance when she was umpiring a match between Jamaica and England, and Barry was at court side with their daughter, Jackie.

"People were saying, 'Look at that man with the baby. Imagine having a baby at the side of the court'. They were unaware that I was right there in front of them," she laughed. The sporting DNA passed to their two children. The aforementioned Jackie is none other than former national swim coach Jackie Walters. And their son, Alan Beckford, has made his mark in running. Sport was integral to the Beckford household. The couple took their children everywhere and followed their exploits on the track and in the pool very closely. And the siblings and four grandchildren have not forgotten.

"Jackie and Alan publicise everything about us on Facebook," said Margaret. "I don't think there's anything people don't know about us." The Beckfords said they weren't thinking six decades down the road at the altar, but each milestone brings a renewed sense of joy that they're still together.

"I think I've been marvellous, I put up with him all this time," laughed Margaret, as she throws a couple of playful elbows. Barry, wisely, didn't take the bait.

NO TIME TO WORRY

"We were always involved in a lot of things, so we never had time to worry," he smiled. Both have remained active in other areas than sport. Margaret was president of the Jamaica Kennel Club and both bred German Shepherds for years. Meanwhile, Barry is past president of the Jamaica Institution of Engineers, and is still active with the Kingston Lions Club, the Royal Air Forces Association (he was a radar fitter during World War II), and remains a director of The Heart Foundation.

There have been tough times. For example, living as a young couple in post-World War II Britain. And after coming to live in Jamaica (Margaret laughs that she "didn't have a choice" in the move), it wasn't easy to find dwelling immediately. But they always had each other. They're not surprised at the high divorce rates worldwide, they note.

"When people are involved and don't have interests, they get on each other's nerves," said Margaret. "They don't have enough in common with each other." Barry chimes in. "I think, also, where the couple might run into a little bad spot, I think the younger people not willing to rub out that bad spot."

If they had to use one word each to describe their 65 years, what would it be? Well, for Margaret, it's "blessed". Barry at first quipped "lucky", but Margaret would have none of it. So he came up with "compromise", but threw in something else, too. Yes, you guessed it.

"Having a sense of humour," he laughed.