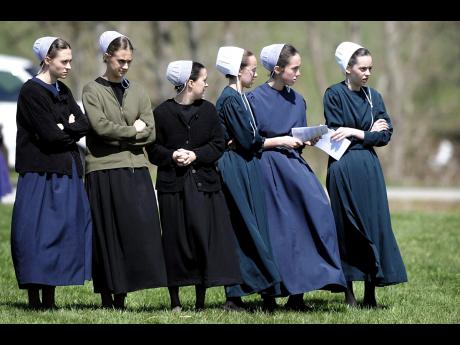 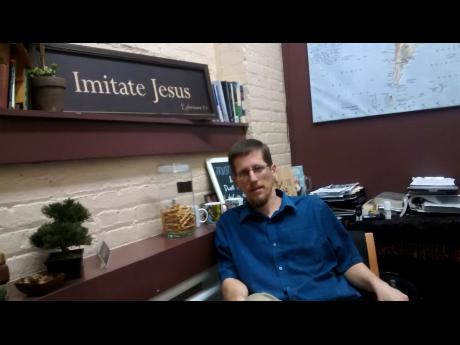 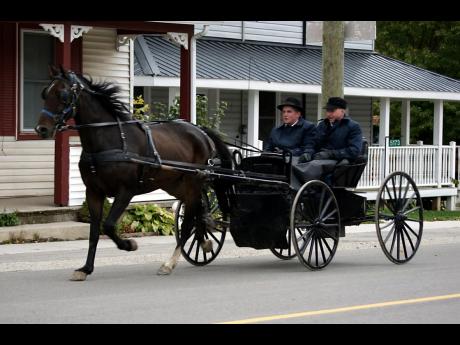 Contributed
Mennonites on a horse-driven buggy used as means of transportatin in rural North America.
1
2
3

Richard Schwartz sits away from his desk. He reclines for a moment then leans forward, his every word deliberate. He appears to be almost searching for the most accurate responses to a slew of questions.

Schwartz is bespectacled and blessed with a build and countenance that belie his age. He is lead pastor of the Followers of Jesus Mennonite Church on Atlantic Avenue, Brooklyn, and former principle of Followers of Jesus School that shares occupancy in the three-storey building.

He reflects intently on the persecution committed by the Roman Catholic and Reformed Churches against Mennonites. It was 16th century Europe and both mainstream churches jostled for members.

Baptism of babies into either denomination was more than an exercise in religiosity. Numbers mattered. Like today, demographics drive politics and economics. Going against the grain meant death.

Mennonite ministers lasted an average of two years at the helm. They were targets. This couldn't be healthy for any organisation. Schismatic groups emerged. Schwartz begins to recount this doleful chapter of Mennonite history.

He needs to make me fully grasp his every word. For a moment he stares at me. I must learn about this bruising, existential period. But resilience has always jockeyed with hardship. The result is what defines our character and spirit. The forbearance of the Mennonites proved this to be true.

The Vatican has since apologised for excesses committed against them. It is a vindication, of sorts. Time, the healer of all matters, has allowed Schwartz to recount this period of darkness without discernible emotion.

He traces his church's history and the pivotal role played by the students of Martin Luther in 1525. "They believed that their mentor was not going far enough in discrediting the questionable doctrines of Rome: the infallibility of the Papacy, the cryptic language of the Bible (incomprehensive to many as it was written in Latin), the pre-eminence of Mary as an intercessor, and the baptism of babies.

"The rite of baptism is to be undertaken only after repentance and acceptance of Jesus as Lord and Saviour," says Schwartz. "Further, submergence in water, not sprinkling of water, is required. Defiant, Luther's students baptised each other."

The name Anabaptist was birth by this singular, catalytic act. Years later, the term 'Anabaptist' surrendered to Mennonites, followers of Menno Simons (1496-1561), who brought structure and formality to this burgeoning movement.

Schwartz prefers to be called a Christian, "because we follow the teachings of Jesus," he said.

When prodded, though, he does not mince words. He is an avowed Mennonite. And this commitment to faith is sown in its Brooklyn school where uniformed students sit around a large desk. A study period is in progress, I am told.

Today's Mennonites evangelise throughout the world, ever mindful of the Saviour's counsel: "Love God, love thy neighbour, and be charitable". These principles were played out during the storm, Sandy, that devastated lives and property in New York two years ago. Mennonites were one of the first responders to administer to the daily needs of victims. Indeed, charity is the cornerstone of their belief.

Coming to the aid of others brings a rewarding, transcendental feeling. And its global reach has inspired countless nationalities and ethnicities.

Individual Mennonite churches fall under the umbrella of assemblies and alliances - some more conservative than others. The Followers of Jesus Church is part of the biblical Mennonite Alliance. Schwartz describes a church that is hardly monolithic.

Of the structure of the church, Swartz makes particular mention of the attributes of the leader. "A leader must display key attributes: wisdom,