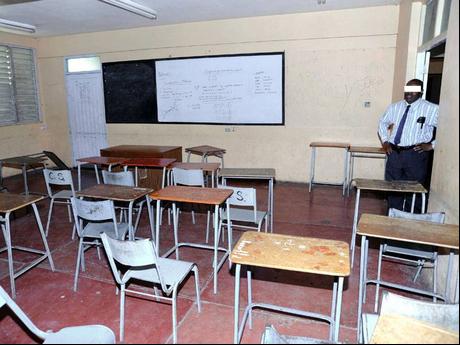 Education think tank, Educate Jamaica, has estimated that it will take a minimum monthly salary of $250,000 to stem the flow of mathematics and science teachers leaving the classroom.

It says this exodus can only be halted by offering these teachers a monthly salary of at least $250,000.

A trained teacher at the entry level in Jamaica earns approximately $90,000 after tax.

Chief executive officer of Educate Jamaica, Ainsworth Darby, said he came up with the figure following a comparison of the salaries of teachers in the United Kingdom and the United States.

He says if that does not work, Jamaica faces an option of recruiting teachers from Asian, South American and African countries to fill the gap being left behind.

Following tough resistance from the Jamaica Teachers' Association, the government has backed down from a proposal to pay math and science teachers more than their other colleagues.

However, education minister Ronald Thwaites says the ministry hopes that a recruitment measure will help to fill the gap left by migrating teachers.