UPDATED: I would walk to Moneague to vote, says ex-soldier 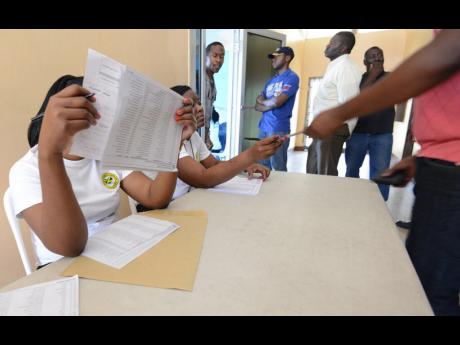 Trevor Smith, a former member of the Jamaica Defence Force (JDF) turned up at the army's Up Park Camp headquarters in St Andrew early this morning to cast his ballot for the People's National Party (PNP), but learned that his name was not on the Voters' List there.

Smith's name was, instead, on the Voters' List sent to the army's military base nearly 50 miles away in Moneague, St Ann.

But according to Smith, that's no problem.

"Even if me haffi go walk the rest a di way, me a go vote PNP," he told The Gleaner a short while ago.

But just why would he walk to Moneague to cast his ballot?

Apart from wanting to 'Step up the Progress', the PNP's campaign slogan, Smith said it was important that he cast his ballot.

He also had a message for persons who say they will not be voting come Thursday.

"If you don't cast your vote, you don't have any say in it. Somebody else a go decide for you. So decide your own destiny for yourself, don't let somebody do it for you," Smith said.

*Earlier, this story had said Smith is a member of the JDF. The army has since reported that he is an ex-member.