The Josephs – weathering life’s storms together 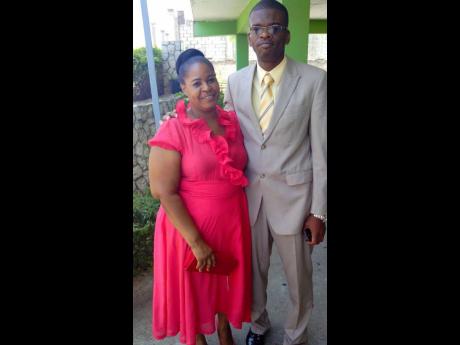 Pastor Rodney Joseph is thankful for second chances. Eleven years ago, he thought he would have been stuck with the task of raising his two sons alone. Almost 17 years into his marriage with Ann Marie Annikie, he took her to the hospital and got the crushing news from the doctor that his wife would not live.

He recalled the moment leading up to those crushing words.

"I came home from school one evening and went through the evening routinely as normal. However, my wife was not so well, she had visited the doctor a day before. We were not sure what happened to her and the doctor did not tell her what was wrong," he said. In the wee hours of the morning, Joseph awoke to his wife yelling his name.

"She said to me in a mournful voice, 'I am dying, I am dying'. I could feel that death was very near. I immediately prayed for her. After the prayer she told me that she felt a little relief," said Joseph.

Feeling helpless and desperate to help her, he drove like a madman to get her to the hospital.

He waited for hours not knowing what was going on with her. At one point, she told him she could no longer feel her legs.

Soon she could feel nothing in her stomach.

"He told me that my wife had an ectopic pregnancy and that it ruptured inside her and that the chance of her living was almost nil. He also told me not to be optimistic although he was transferring her to Spanish Town Hospital - it was just a case of his following protocol."

After getting that blow, Joseph turned to the one source who could provide the miracle he was seeking.

Right there in the doctor's office, he got down on his knees and cried out to God.

"I prayed and cried to God asking him not to take away my wife and I told him that I would do anything He wants me to do if He restored my wife to life. My voice could be heard all over the hospital in the wee hours of the morning," he said.

On his way to the hospital, Joseph sought prayerful reinforcement from his church, calling members and asking them to pray for his wife.

While he waited, Joseph, his father-in-law and other church brethren engaged in prayer, hoping for a miracle.

That miracle came when the doctor came out of the theatre and told him that his wife would survive.

"The female doctor told me that they removed several pints of blood from her body. I cannot remember the amount she quoted, but suffice it to say that it was an unbelievable amount, based on the doctor's reaction. She herself was surprised to know that my wife survived," he said.

Fast forward to 2016 and the couple is reveling in their love and devotion to each other. For them, it is even more precious knowing how close they they came to being separated.

Joseph said the biggest challenge they face now is spending as much time together as they would like.

"It is very difficult for us to spend quality time as it competes with church and church members' time. However, to make up I would make sure that certain dates are treated as special, such as birthdays, etc," he said.

In case one should think they are the perfect couple with no conflicts, Joseph quickly corrected that.

"We do have that, but we do less talking when the heat is on."

At that time, judgement is impaired and self is overpowering. Later, we will talk and allow the spirit of God to lead us. We both practice, for the most part, not to say much but wait a while before talking," he said.