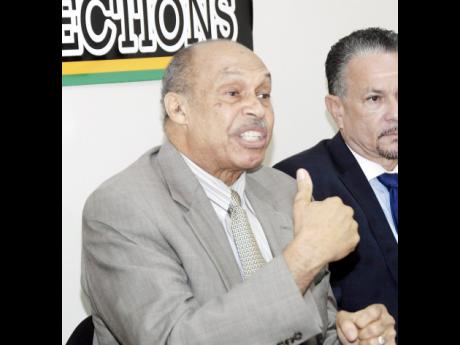 Professor Emeritus in the School of Education at the University of the West Indies, Errol Miller

Professor Emeritus in the School of Education at the University of the West Indies, Errol Miller, has raised concerns about what he describes as the crippling effects of violence on the educational outcomes of students.

"Children, including boys and girls, living in communities with high percentage of violence, is a special issue that needs to be taken up because the brutality of those circumstances seem to have a tremendous effect on them and sometimes they develop a short view of their life span," he said in an interview with The Gleaner.

Miller told The Gleaner that a recent project he has worked on in several inner city communities has led him to believe that violence is the greatest threat to the educational outcomes of students.

Meeks Gardner and her collaborators conducted a cross-sectional study of 1,300 children in grade five from 29 government primary schools in urban areas of Kingston and St. Andrew.

The academic achievement of the students in mathematics, reading, and spelling was assessed using the Wide Range Achievement Test. Interviews with the students found that they were exposed to three types of violence: aggression among peers at school, physical punishment at school, and community violence.

Fifty-eight per cent of the children experienced moderate or high levels of all three types of violence.

The study found that exposure to the three different types of violence was independently associated with poor school achievement among the children.

For Miller, "it's not only an educational problem it's a problem dealing with self fulfilling prophecies and social situations."

In respect of the fact that boys are more impacted by violence, Miller has called for more emotional support for boys.

"The circumstances that I have seen success in are in situations where people decide to stand beside the boys and help them and inspire them and encourage them and support them, I've seen that work," he said.