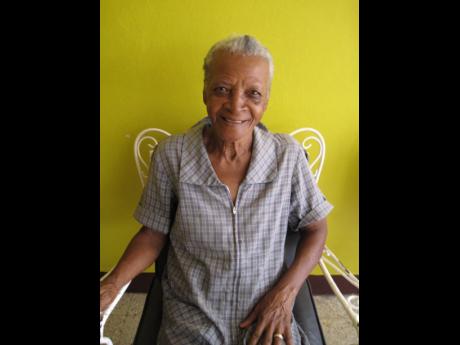 Muriel Burnett is 88 years old, and after so many years, she remains true to her religious baptist beliefs. "I am a born baptist, where I was born everybody in Watt Town St Ann, was baptist. My parents and grand parents were baptist members so I couldn't escape it," she told Family and Religion.

"I was baptised at East Queen Street Baptist Church over 60 years ago, and its not a case where pastor preached and I felt it was my calling. When I got baptised, I just decided it was time because I was brought up in the church. We were at a crusade and when altar call, I just went up and that was it. It was 27 of us who got baptised that time."

Burnett later migrated to the United States in the 60s where she found her husband and settled down. When her husband retired, they returned home in the mid-80s and settled in Clarendon, her husband's parish of birth. Since then, the Mineral Heights Baptist church has been her place of worship.

"Our parents instilled values and attitudes in us that we dear not depart from," Burnett said, adding that, "it is very important to stay true to your Christian values so you don't stray down the wrong path. You must stay true to what you were taught," Burnett charged.

She recalled her sister getting pregnant before she was married and the punishment that came with it. "For six months our grand mother had to sit in the back bench and she could not take communion and that was because of what had happened. That was something that was frowned upon by the church as it is expected that we should always practice these things and stay true to our beliefs," she said.

"Another thing is that we couldn't go into church without hats on our heads as young ladies. That was a no-no and until now, I still practice that," she told Family and Religion.

Growing up, Burnett said she could not miss church and had to participate in all church-related activities. "We were so much into church that even school was kept inside the church building. In those days, we didn't have school buildings so elementary classes were held inside the walls of the church.

At Mineral Heights Baptist, Burnett is known as 'The Mother of the Church'. "I do everything for the church except preach. I ensure everything is alright. I help with cleaning the church, I open it up for service, there are so many things I do in church it would be too hard to list. For any little thing, everybody call Sister Burnett and I'm always there," she said with a smile.

At 80 years old, she gave up most of the posts she held in church, but the members still call on her and she renders assistance.

She said Baptists are not very different from the other denominations. "There isn't much difference because is the same God we worship and we read from the same Bible. It's just that their style of worship might be a little different from ours. Like the Anglicans, they worship quietly, the Catholics may bow and so on. So there isn't much of a difference," she explained.