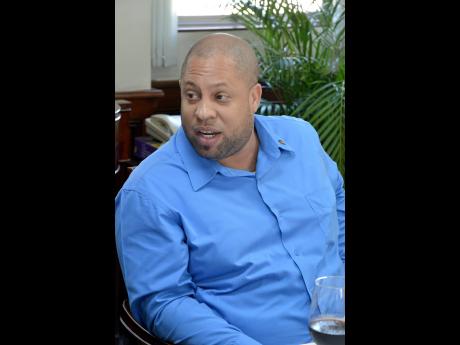 Norman Grindley
Lewis: The Government must recognise that we can no longer ignore the data and pretend homophobia and transposition aren't serious issues that we are grappling with as a society.

Gays in Jamaica can expect to face increased levels of 'hate or rejection', although many of the people who hate their lifestyle believe they can be 'fixed' through a conversion process.

Those findings are contained in the 2015 Awareness, Attitude & Perception Survey about Issues Related to Same Sex Relationships.

The survey of employers, politicians, and members of the general public was done between June and July last year by Market Research Services for Jamaica's leading gay lobby, the Jamaica Forum of Lesbians, All-Sexuals and Gays (JFLAG).

Among the range of findings is a 14 percentage-point jump in the number of Jamaicans who 'hate or reject' homosexual relationships when compared with the results of the previous survey done in 2012. Sixty per cent of Jamaicans say they reject the lifestyle compared to the 46 per cent in 2012. In 2011, the figure was 40 per cent.

When broken down into the sampling group, 61 per cent of the general public shared the view, while it was 30 per cent among politicians and 14 per cent among employers. Religion and moral concerns dominated the reasons for the strong negative reaction.

There were more unwelcome findings for the gay community as the level of tolerance among Jamaicans remains at 12 per cent, the same from the 2012 survey. Unlike 2012, when only one per cent among the population said they would encourage it, it was zero in 2015.

However, despite the increased unfavourable views of most Jamaicans towards homosexuality, the majority who did the survey shared the view that gays and lesbians may be 'converted to heterosexuals'.

The view was especially strong among politicians and the general public, who said gays "can just change".

For most politicians and employers, the Bible was critical to why believed gays and lesbians could be converted to heterosexuals.

They also were of the view that gay desires are born out of social factors and can be adjusted.

Questioning the inclusion of the word 'hate' in the survey, Dr Wayne West, chairman of the Jamaica Coalition for a Healthy Society, said he was not surprised by the finding that more Jamaicans are hating or rejecting homosexual relationships.

"Jamaicans, like myself, are becoming more and more aware that what we are contending with is not simply what people do in their private lives. This is a political movement. It has implications for public organisation and public order. People will reject it the more they hear of the public consequences," he argued, while raising questions about challenges to freedom of expression.

The gay lobby argues that the findings of the survey of 2015 attitudes towards same-sex relationships are "instructive".

"They show the tremendous amount of work we need to do to engender a society where everyone can feel safe and know that the laws will secure justice for them if their rights have been infringed," Dane Lewis, JFLAG's executive director, said in a statement to The Gleaner.

The same-sex survey involved a sample group of 1,003 comprising 33 politicians, 28 employers, and 942 people from the 'general populace'. It covered all parishes and has a margin of error of plus/minus three per cent.