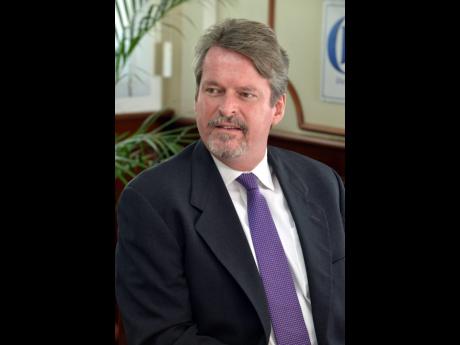 "UNICEF is working very closely with Jamaica on major partnerships between the Government and several of the embassies to reduce and interrupt homicide before it happens, through a programme called 'Cure Violence', currently being used in more than 25 countries," Connolly said.

He said they study maps detailing where homicides take place in order to predict where the next crime is going to occur.

"Homicide is very predictable. It takes places where the last murder took place, in the same neighbourhood year after year. This is not unique to Kingston or Montego Bay. It's worldwide. You can also study the pattern of the day and time when a murder is more likely to happen, usually between Friday midnight and Sunday sunrise," he informed the group.

But Connolly admitted that the task is onerous given the fact that Jamaican children face violence at an early age.

"Eighty-four per cent of Jamaican children have been beaten by a parent, teacher or religious leader by the age of four. Parents unleashing violence and rage on their children can no longer be seen as a cultural or social norm. This attitude and behaviour of thinking must stop," he said.

The programme, called 'Positive Discipline', now in more than 60 schools, is helping to reverse the acceptance of hitting children. Connolly states that teachers who routinely beat and chastise pupils guarantee the best way to have a violent society.

"We are also helping to increase school-attendance issues, especially on a Friday. UNICEF has increased attendance by introducing physical activities under the programme 'Edu Sports', which links sport teachers to the coaches. It's not just about kicking a

ball. Coaches are former students, who are both role models and graduates who are respected and also seeking employment. When violence goes down, attendance goes up, especially on a Friday," Connolly said.