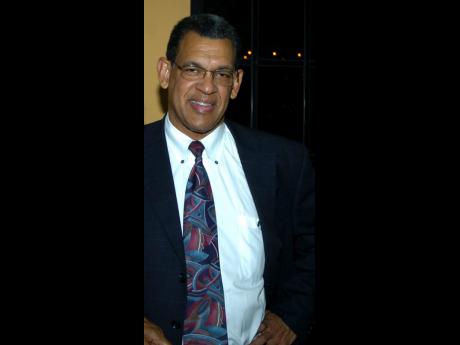 Consultant neurosurgeon at the Cornwall Regional Hospital Professor Renn Holness, has been selected by the Canadian Neurosurgical Society (CNSS) to receive The Charles Drake Medal, its lifetime achievement award, in recognition of his outstanding career and significant contribution to neurosurgery.

Professor Holness graduated from the University of the West Indies (UWI) in 1968. He completed his neurosurgery training in Canada, where he practised for several years before returning to Jamaica in 2009. He has served as president of the CNSS and, has received numerous awards including the UWI Pelican Medal. He has vast experience in all areas of neurosurgery, including vascular, tumour and complex intracranial and spinal disorders. Holness was the first Jamaican to serve as president of CNSS.

After graduating, Holness interned at the Port of Spain General Hospital in Trinidad from 1968 to 1969. He then spent a year undertaking his general surgery residency at the University of Michigan, USA, completing it in 1972. He went on to doing his neurosurgery residency in Canada at Dalhousie University and the University of Toronto, finishing in 1976. Dr Holness began his neurosurgery practice in Halifax, Nova Scotia in 1977.

Over the next 10 years, he became professor of neurosurgery and head of neurosurgery at Dalhousie Medical School and Queen Elizabeth II Health Sciences Centre. In 1992, he became the first person in Canada to perform foetal tissue transplants to rebuild brain cells and treat Parkinson's disease.

Dr Holness has given back to the Caribbean, often dedicating many of his periods of leave to this purpose. He lectured as a visiting professor at UWI campuses and played the role of mentor in the lives of his students. He arranges for Caribbean students to pursue electives in Canada, sometimes at personal expense, and lends his expertise to governments and hospitals in the region.

Professor Holness will receive the award in Quebec City at the Annual Congress of the Canadian Neurological Sciences Federation, which will meet from June 21 to June 24. According to Ian Fleetwood, the president of the CNSS, Holness was selected for the medal because of the many leadership roles he has filled in Canada's neurosurgery profession.