Cricket lovers in the night 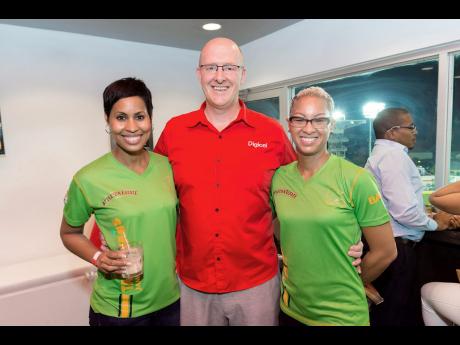 Contributed
CEO of Digicel Jamaica David Butler is flanked by Naomi Garrick (left) of Garrick Communications and Alison Moss-Solomon, brand public relations manager at J. Wray and Nephew, who popped in at the Digicel corporate box at Sabina Park on Monday. 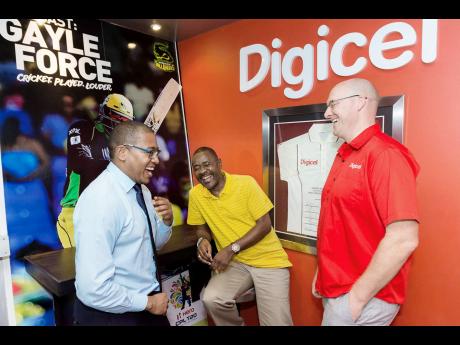 Contributed
Floyd Green (left), state minister in the Ministry of Education, Youth and Information, has a big laugh with Digicel board director, Harry Smith (centre) and David Butler, CEO of Digicel Jamaica. 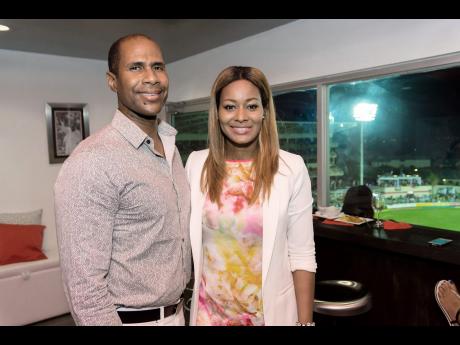 Contributed
Tanya Lee, vice-president of marketing at SportsMax Limited, poses with Bruce James, president of the MVP Track Club, at the match between the Jamaica Tallawahs and the Trinbago Knight Riders. 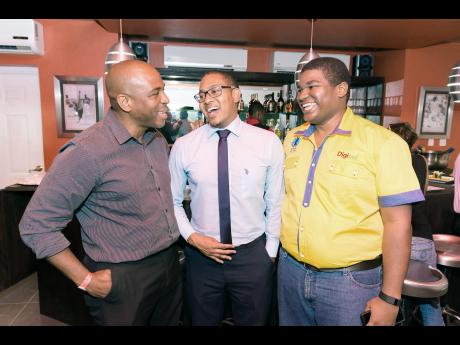 Excitement and anticipation were the dominant emotions at Monday night's T20 match between the Jamaica Tallawahs and Trinbago Knight Riders at Kingston's Sabina Park. The Tallawahs won the match.

For guests of title sponsor Digicel, the night also provided time for consuming copious glasses of wine and other liquor, nibble finger foods while enjoying the ambience of either the air- conditioned lounge or the magnificent view from balcony seats.

It was a similar experience for guests of JMMB, Scotiabank, FLOW, Stewart's Auto and other corporate

executives. For those who preferred quite conversations while browsing the Internet and taking in the action on large television screens, those options were available, too.