Les Green fires back at DPP over charges for prominent politician 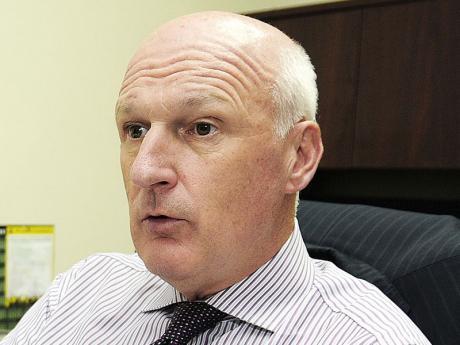 Green ... says he felt that any unilateral action by him would be counterproductive.

Former Assistant Police Commissioner Les Green has responded to the Director of Public Prosecutions Paula Llewellyn explaining why he did not bring criminal charges against a Jamaican politician in 2011.

In an opinion in 2011, the DPP had said further evidence was needed in order for her to make a viable prosecution in the court.

Today, Green said he felt that any unilateral action by him would be counterproductive.

The controversy over the police handling of the 2011 probe against the politician ignited last Sunday after the Miami Herald quoted Green as saying he investigated allegations that the politician tried to arrange at least two murders.

According to the publication, Green said he found enough evidence to recommend that prosecutors charge the politician and went further to indicate that a 2011 ruling by the Office of the Director of Public Prosecutions (ODPP) supported his finding.

But Llewellyn, the Director of Public Prosecutions, fired back, explaining that her office gave Green and his investigators a “legal opinion” in June 2011 with recommendations that were based on an assessment of the materials they provided.

She also pointed out that her office made it clear to Green and his team that the Jamaica Constabulary Force Act and the Jamaican Constitution empower the police to lay criminal charges without reference to the DPP.

According to the DPP, only Green who was the chief investigator, could explain why he did not proceed to arrest and charge the target of this investigation if he was convinced that he had sufficient material to do so rather than send this file to her.

In a statement this afternoon, Green said he was fully aware that he could charge the politician but explained that the probe was a complex one that required a “comprehensive prosecution strategy.”

He said the investigation directly linked a number of cases which were already before the courts and the DPP.

According to Green, a new strategy was required to ensure that all the identified persons could be prosecuted according to the available evidence.

He also said he believed in bringing effective prosecutions in a partnership between investigators and prosecutors rather than bringing charges in isolation.