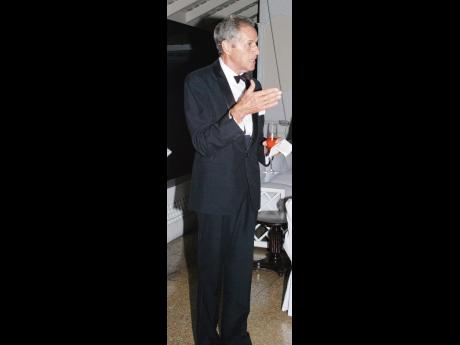 Richard Ewen, the man charged with the 2009 murder of British consul John Terry, has had his case set for trial in the St James Circuit Court on April 24, 2017, following his latest court appearance last week.

Ewen, who is of a Bull Bay address in St Andrew, had his bail extended after he was given the trial date. Ewen was charged in October 2009 after Terry was found dead at his Mount Carey, St James home on September 10 of that year. Terry had reportedly died as a result of strangulation. At the time of Terry's death, Ewen had been working as a security guard in Montego Bay.

The case against Ewen, who is represented by attorney-at-law Trevor Ho Lyn, had previously been on the mention list for further disclosure of documents to be done, since its addition to the Circuit Court's case-list.

Prior to its addition to the Circuit Court list, the case had undergone preliminary examination in the then Resident Magistrate's Court, beginning in February 2014. The matter had been mentioned several times before that. On at least one occasion, the absence of witnesses hampered the start of the preliminary hearing.

There are 20 witnesses listed to give evidence for the prosecution.