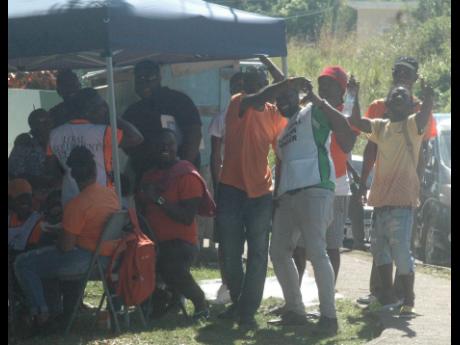 Some persons who came out to vote in today’s local government elections in St James were left hopping mad, as, for reasons unknown to them, their names were missing from the voters list at their designated polling station.

“I can’t understand this, this is where I voted in the General Election and now they are saying my name is not on the list,” a man, who asked not to be identified, told The Gleaner. “I believe in exercising my right to vote so I hope my name is on a list somewhere because I want to vote.”

When quizzed about the extent to which persons were not able to find their name at her polling station at the Green Pond High School in Central St James, a People’s National Party (PNP) outdoor agent admitted that several persons who had showed up to vote did not find their names on the list.

“I would not say it is widespread, but there have been quite a few cases,” the outdoor agent said. “I know there are procedures to address such issues through the use of the black book, which contains all the up-to-date information on electors.”

While the general turnout in St. James continues to be quite low in comparison to the February 25 General Elections, there were times when things got hectic, especially in regards to the persons who were picked up at their homes by runners and transported to the polling station.

It was interesting to note that the mood outside some of the polling stations was quite cordial, especially at the Green Pond High School, where agents from both sides shared drinks, especially the popular JB Rum, which they mixed with various energy drinks.

“They have rum in their tent and our rum finish so they are sharing what they have,” said the PNP outdoor agent, who went to collect the rum. “We are all friends, we just support different parties.”

It should be noted that the movement and drinking of the rum all took place in full view of the police personnel manning the main gate to the location. However, they basically turned a blind eye to the situation.