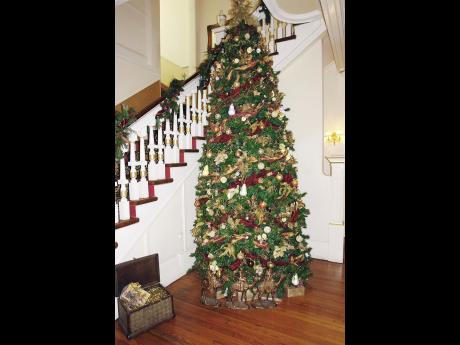 The Christmas season has passed but will be etched in memory for many because of the festivities enjoyed.

Others acknowledge Christmas Day as the day Jesus was born, but Nicordo Wilson says that this is a myth that must be dispelled.

"Permeating the tradition are the birth narratives of Jesus, which are recorded in two of the 27 New Testament books - Matthew and Luke. Understandably, the birth of Jesus is a central thread holding the faith of thousands together. But what if this thread was somehow broken? One can only begin to imagine what would happen to the faith of these followers. Perhaps many would turn away from their faith; perhaps others would hold true," Wilson stated.

The graduate student of the School of Religion and Theology at Northern Caribbean University said that some ministers of the gospel are to be blamed for the ignorance of their members.

"Some persons who have received formal training from a theological seminary and are knowledgeable about these conclusions, short-change their members. Many individuals, who are supposed to teach their members how to read and interpret the Bible, have become too lazy or have compromised their education failing to do so. Hence, their church members are often left in the dark and are spiritually hungry."

He added that "this is the reason, certain myths surrounding the Christmas story are prevalent in society, often fooling the people".

Wilson established that the first myth is that Jesus was born in a stable that housed animals.

"The biblical record, contrary to popular belief, does not mention any of these places in connection with Jesus's birth; nor does it say that Jesus was born in a room which housed animals. Luke chapter 2:7 simply reports the following: "And she gave birth to her firstborn son; and she wrapped him in cloths, and laid him in a manger, because there was no room for them in the inn" (New American Standard Bible).

He further mentioned that "New Testament scholar Dr Craig Evans in his contribution to The Routledge Encyclopedia of the Historical Jesus observes that the Greek word Kataluma used in this verse ordinarily means 'guest room', which suggests that Jesus was born in the house of a family member related to Joseph in a guest chamber was not properly kept, where items for the farm may have been stored."

According to Wilson, the truth presented in this narrative by Luke is the lowly condition in which Jesus was born and not the birth of the Saviour in a barn.

"Conditions were so bad that the only piece of furniture within the room was a feeding stall. It was fashioned into a crib, packed with hay, wrapped with cloth wherein which the newborn babe was placed to sleep. This would have lodged deep in the minds of the Gentile audience to which he wrote, and they would have been able to relate to Jesus as their Saviour."

Next week, we examine the other myths Wilson believes are associated with Christmas.