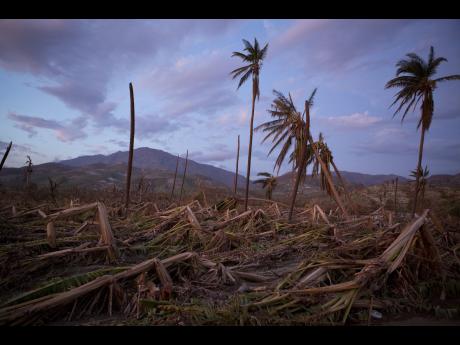 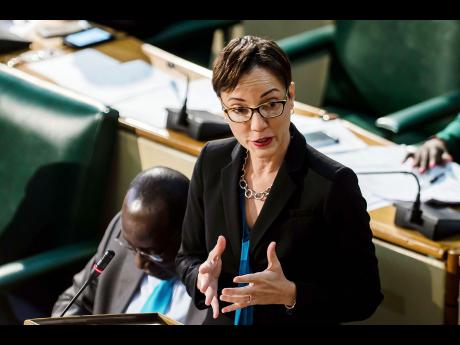 WITH THE ink barely dry on Jamaica's ratification of the historic Paris Agreement, Jamaicans have been reminded of the need for deliberate and coordinated action, toward the island's climate-resilience agenda.

"As a country, climate change affects us all in a big way more intense storms and hurricane result in more expenditure in preparing for these disasters, in cleaning up and doing rehabilitation work in the aftermath," said Minister without Portfolio in the Ministry of Economic Growth and Job Creation, Daryl Vaz.

He was speaking at last week's post meeting of the 22nd Conference of the Parties to the United Nations Framework Convention on Climate Change, held in Marrakech last October.

"Climate change does not discriminate between rich or poor, man or woman.

We all have to work together as we are all going to feel its effects if we do not take steps to adapt to its impacts and to go even further to mitigate or prevent climate change from occurring," Vaz noted.

In addition to warmer temperatures fuelled by the emission of greenhouse gases, such as carbon dioxide and methane the changing climate comes with rising sea levels and more extreme weather events, including hurricanes the likes of Matthew last year, droughts and the associated compromised health and livelihoods.

It was at last week's three-day meeting, held at the Terra Nova All-Suite Hotel and which attracted the participation of climate scientists, the Environmental Foundation of Jamaica, international donor agencies together with students and teachers, that Jamaica's ratification of the Paris Agreement was made public.

The global deal is the result of years-long negotiations among countries to arrive at the goal to "strengthen the global response to the threat of the climate change, in the context of sustainable development and efforts to eradicate poverty".

And this, through a number of actions, including, perhaps most notably, "holding the increase in the global average temperature to well below two degrees Celsius above pre-industrial levels and pursuing efforts to limit the temperature increase to 1.5 degrees Celsius above pre-industrial levels, recognising that this would significantly reduce the risks and impacts of climate change".

The instrument of ratification was signed by Minister of Foreign Affairs and Foreign Trade Kamina Johnson Smith on March 30 and deposited at the United Nations on April 10. It will enter into force for Jamaica on May 10.

"This is a significant step for us and it is a signal to the world that Jamaica is committed to the global efforts of tackling the effects of climate change. We are now in implementation mode," Vaz said.

According to the minister, the evidence of climate change is clear in Jamaica and requires a concerted response from stakeholders.

'It means changing how you do things ... get involved in cleaning up our beaches. Help to plant trees in your schools and communities.

Trees help us to get rid of harmful carbon dioxide which is one of the gases that lead to a changing climate ... It's even better if you plant fruit trees which will serve a dual purpose of providing us with food, while giving us oxygen in exchange for carbon dioxide," he noted, as one example.

"Water is going to be one of the big issues in a changing climate. We don't have to wait for times of drought to be reminded that a good rule of conservation is to ensure that your taps are off to prevent wastage," Vaz said further. At the same time, he maintained: "Our efforts must be collaborative and must be strengthened by a true desire to make Jamaica climate resilient".