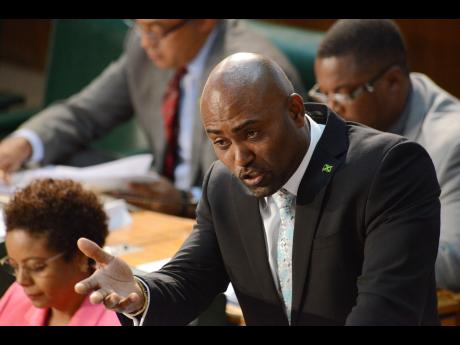 A feasibility study is to be done to determine Jamaica's readiness for a establishing a science and technology park, portfolio minister Dr Andrew Wheatley has announced

He told the House of Representatives on Tuesday that the park would be part of the Government's science, technology and innovation policy. A draft of that policy, he said, will go to the Cabinet in May. After which, it is to be made official in November when Science Month is celebrated.

A technology park is an organisation managed by specialised professionals whose main aim is to increase the wealth of its community by promoting the culture of innovation and the competitiveness of its associated businesses and knowledge-based institutions, according to the International Association of Science Parks.

The Government plans to do the study this fiscal year through a public-private partnership with an entity out of the United States.

"The study will detail an assessment of Jamaica's industries, technology capabilities and challenges that influence the development of the park," Wheatley said during his Sectoral Debate contribution.

He said that it will provide the Government with the relevant documentation to make the next steps.

It will enable them to determine the capacity development needed in short order to position the country to reap the benefits of its scientific and technological capacities.

The first science and technology park was created on the campus of Stanford University in the United States more that 50 year ago. The park has transformed the Silicon Valley area in California from one of the poorest regions in the USA into a global centre of technology, finance, education and research, said the United Nations Educational, Scientific and Cultural Organisation. Some local companies have established technology parks, but they have mainly concentrated on information technology outsourcing.

Julian Robinson, opposition spokesman on technology, said, in principle, he agreed with the Government's approach to do a feasibility study before establishing the technology park.

He said, however, that more details on the study were needed. Jamaica spends less than one per cent of gross domestic product on research and development.