Cut toll rates at your own risk - NROCC boss 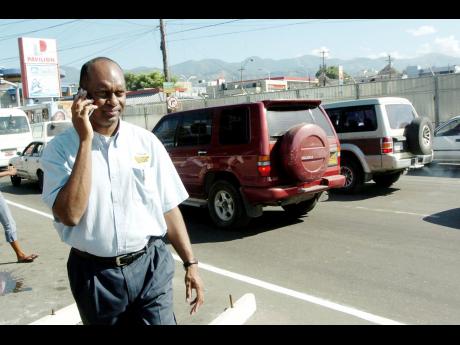 Discussions on new toll rates for the North-South Highway are still ongoing, but the National Road Operating and Constructing Company (NROCC) is warning that Jamaica must be prepared to accepts the "risks" for pushing to slash rates.

NROCC is the 15-year-old entity responsible for imple-menting the Highway 2000 project and has entered into two concessionary agreements to support that goal.

One of the agreements is a 35-year contract with TransJamaica, the developers of East-West Highway that takes in Portmore and the 50-kilometre stretch from Mandela in St Catherine to May Pen, Clarendon.

The other 50-year agreement involves China Harbour Engineering Company, which developed the 66-kilometre North-South Highway that runs from Caymanas in St Catherine to Ocho Rios in St Ann.

NOT AN EASY TASK

The operators are negotiating an increase with the toll authorities, and on Wednesday, NROCC

"It's easy for us to say lower the rates, but if we lower the rates, then we take the risks," Anderson noted, even as he insisted that the public is wrong to believe that the Government has guaranteed set revenues for the highway developers. The cap now at US$0.16 per kilometre is influenced by the United States inflation rate and devaluation of the Jamaican dollar.

"I guarantee you that if the Portmore rate on weekends is substantially lower, a lot of the Mandela traffic will go through the toll road, which you're not getting any revenue from," Jackson stated.

Anderson rejected that, though, saying even if that happens, traffic is not guaranteed. "If you lower the rates by a half, you could not double the traffic because the traffic doesn't exist. There are areas that we're looking at with the developers," he countered.

Highway not expecting profit for another 20 years

Under two concessionary agreements that the National Road Operating and Construction Company (NROCC) has entered into with highway developers, the developers can request toll rate increases each year and the negotiations are expected to end by July, when the request could be granted.

NROCC Chief Executive Officer Ivan Anderson disclosed to Parliament on Wednesday that the North-South Highway is not expecting a profit for another 20 years.

Each day, just about 12,000 vehicles use the north-south leg of Highway 2000 and that is not good enough to pay all the bills and make a surplus, Anderson explained. Regarding the East-West Highway, however, there are approximately 60,000 vehicles per day, 35,000 of which use the Portmore leg.

"The further away from Kingston you go, the lower the traffic numbers become. So, obviously the revenues for the North-South are significantly lower. The revenue for the North-South is about US$18 million per annum. This is before the operating costs, before debt service, before maintenance costs," said the NROCC CEO.

He said debt servicing amounts to US$30 million per year and operating cost is up to US$15 million yearly. "We don't estimate that, for example, the next 20 years, the developer will make any profit at all," he added.

NROCC remains an indebted body, and according to Anderson, the entity now carries a debt of US$439 million, which is being serviced by central government.