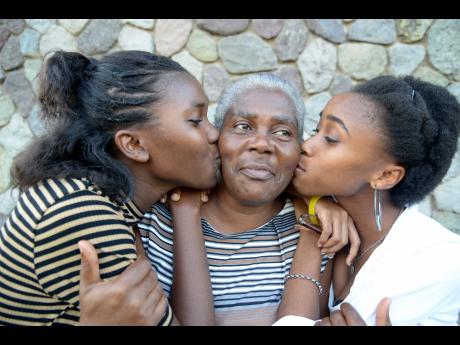 Ian Allen
Stephanie Williams gets kisses from her daughters Louis (left) and Chevelle. 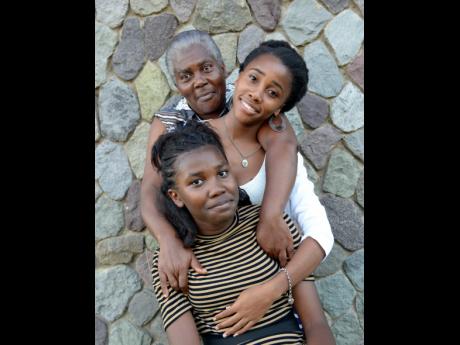 Ian Allen
Stephanie Williams (back) strikes a playful pose with her daughters Louis (front) and Chevelle. 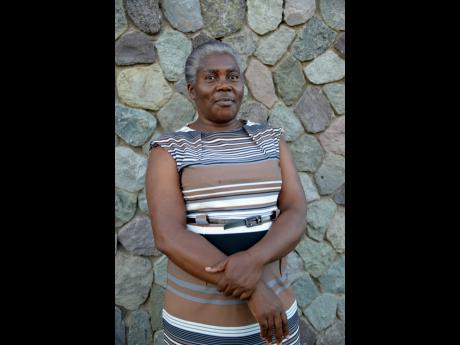 Stephanie Williams made a promise to herself that if she had children she would be a better mother to them than what she experienced as a child.

Fresh out of secondary school with no passes in external examinations, Williams started working as a security guard before getting pregnant with her first child at age 18. Since then, Williams has given birth to four others.

"I grew up in the country. My self-esteem was very low. I was abused verbally and belittled," the 52-year-old Williams told The Sunday Gleaner.

"Because of the way I was treated, even by my mother, I decided that if should ever have children I would not grow them like that."

Despite facing what she described as abject poverty at times, Williams has stayed true to her words even with little or no support from two of the three men she has borne children for.

She said at times she struggled to put food on the table, failing on occasions, but her two youngest daughters were quick to declare that there is never a shortage of love and encouragement.

"Mommy is just the ultimate woman; somebody I want to model in the future," said Williams' third child, Chevelle Case.

"I remember at times when she would hide away and cry and I would be passing and see and she would say, 'What are you doing here? You weren't supposed to see me like this'.

"The financial struggle is the biggest problem and she gets stressed when she is unable to provide, but at the end of the day something always works out because she believes in education. So she threw partner, she borrowed, she begged. She did whatever she needed to do for us to go to school," added Chevelle.

According to Chevelle, it is her high-school years where her mother has made the most sacrifices.

"Thank God I was able to get some scholarships, as whenever it came time for payment of fees I could see that it was hard on her."

Williams' emphasis on education has paid dividends, as 19-year-old Chevelle, who attends Holy Childhood High School, has passes in 10 Caribbean Secondary Education Certificate subjects, all with distinction; four CAPE units one and a unit two; and is now preparing to do four more units two.

"Some evenings you come home and you wonder what's for dinner, and after looking through the fridge and cupboard you don't even bother asking Mommy because you know that she doesn't know either," said Chevelle.

"My performance in school is based on my desire to overcome poverty and do something better for myself and my family."

Williams' youngest child, Louis Case, cannot speak about all the sacrifices she has observed her mother making for her over the years without breaking down in tears.

"Mommy is the type of person who even when she has nothing left for herself, she just keeps giving," 14-year-old Louis said, as her voice cracked and her eyes welled with tears.

"Mommy does two jobs and she is trying to improve her academics, so she does her regular job and then she does after work, and then goes to school, all in one day. When she comes home she asks about my day and homework.

"If I have to stay up late she would always stay up as well and make tea and snacks."

NOT A BED OF ROSES

According to Chevelle, their living condition in rural St Ann was deplorable, and even when they moved to Kingston with their mother, who got a job as a live-in helper, "life was still not a bed of roses".

Chevelle credits her oldest sister, Khareen Watson, who is a teacher, with holding the family together when her mother just could not make ends meet.

"My sister has helped us to be living more comfortably in Portmore, so the next step is left for me," declared Chevelle, who wants to become a civil engineer.

Louis, who is in charge of planning Mother's Day celebrations, said they will be giving their mother breakfast in bed, followed by attending regular church service, then they will cook for her a special three-course dinner and give her presents they can afford.