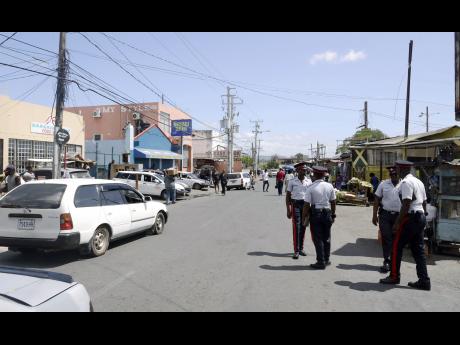 President of the Clarendon Chamber of Commerce (CCC) Dr Winston Dawes has described as devastating the impact crime has had on business growth and development in May Pen and elsewhere in Clarendon.

Dawes, who operates a medical practice in May Pen, concluded that with the increase in reports of murders, robberies, extortion, and other unlawful activities in the parish, investors are shying away from the once fastest-growing town in Jamaica.

"The realities on the ground aren't conducive to business growth and development. No investor will hear of the high prevalence of armed robberies, murders, and extortions in a particular business district and readily invest their money in that jurisdiction," the head of the CCC declared.

"And at the end of the day, the situation is devastating our businesses in terms of the elaborate security apparatus we are forced to employ to secure our assets," he said.

Dawes, reacting to the recent attack on businesses in the Four Paths area, and the suspected extortion-related gun-slaying of a business operator in the May Pen Market, said that for businesses to survive, crime must come down to a manageable level.

He also noted that Clarendon has the dubious distinction of being one of Jamaica's major crime-affected areas. However, as is the case elsewhere, the parish has not obtained the necessary resources to combat crime.

"We average well over 100 murders annually - this, combined with hundreds of shootings, robberies, break-ins, and other high-profile crimes in the parish. However, the resources - human, financial, and otherwise - haven't been forthcoming in comparison to other jurisdictions," the medical doctor said.