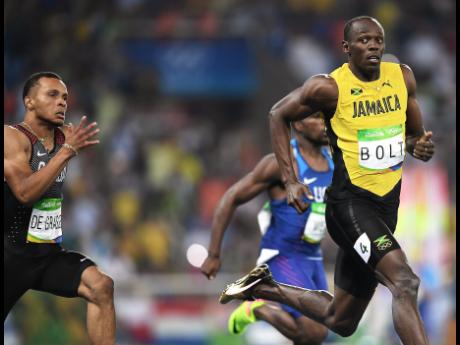 The legendary Usain Bolt runs his last race in Jamaica on June 10 –  and pay per view on www.1spotmedia is the place to watch.

He ran into the international limelight at the National Stadium in Kingston, Jamaica during the World Junior Championships in 2002 and now in the same venue at the Racers Grand Prix, this beloved global track and field icon will bid farewell to his home crowd.

Sign up now on www.1spotmedia.com for the The Racers Grand Prix Pay Per View to access your early bird season pass for US$13.99 to watch Bolt’s final run in Jamaica. This offer ends on June 1st The Racers Grand Prix, a premier Track and Field Meet which showcase the best of racers both locally and internationally will be streamed live from Kingston, Jamaica as a Pay Per View on www.1spotmedia.com.

Outside of Jamaica, patrons of the Racers Grand Prix can log on to the Pay Per View experience and access the event live anywhere, anytime, right across the globe by downloading the 1spotmedia App on Android or Apple tablet and smartphone devices available in the Google Play Store and in the Apple App Store, or visit www.1spotmedia.com on PCs.

Sign up now for the Pay Per View to access your early bird season pass for US$13.99. This offer ends on June 1st.


Viewers in Jamaica can watch the event on the go via TVJ and TVJSN for FREE on www.1spotmedia.com or on the 1spotmedia app.

The 1spotmedia portal is the latest media platform from The RJRGLEANER Communications Group that delivers live and engaging content from Jamaica for the world to see anywhere, anyplace, anytime! Download our app, 1spotmedia, on Android or Apple devices to access the Racers Grand Prix Pay Per View streams on the go, or visit www.1spotmedia.com.

There are thousands of hours of video on demand content and live streaming of four television brands and five radio brands with credible content.