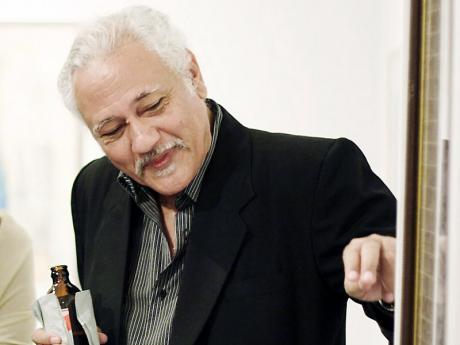 Chairman of the National Gallery of Jamaica, Senator Tom Tavares-Finson, said the artist and former curator died this afternoon at his home on Devon Road, St Andrew.

He said Boxer had been battling cancer.

Tavares-Finson said his death is an "irreplaceable loss" to the cultural landscape of Jamaica.

"Jamaica has lost a national treasure," he told The Gleaner.

Statements, he said, will be issued by the Gallery and Culture Minister, Olivia 'Babsy' Grange.

Boxer is credited with transforming the National Gallery into the largest and most prominent national art museum in the English-speaking Caribbean.

“I have been able to make certain advances in the appreciation of Jamaican art – the discovery of Intuitives and creating a whole schema for discussing Intuitives. That I think is my primary achievement," he said last year in a Jamaica Information Service interview

SOME KEY FACTS ON BOXER:

*Boxer joined the National Gallery of Jamaica in 1975 as Director/Curator and held this position until 1991, when he became Chief Curator.

*He retired from the National Gallery in 2013.

*He is widely recognised for his scholarship on Jamaican art, particularly on the work of Edna Manley, the Intuitives and early Jamaican photography

*Boxer was a specialist on the work of Francis Bacon and is the earliest scholar to have written and defended a doctoral dissertation on the famous English artist, highly recognised as one of the greatest painters of the 20th century.

*Self-described as "A painter of existential angst and deep philosophical content".

*Dr Boxer studied art history at Cornell University (1969) and at Johns Hopkins (1976) in the United States.

*He was one of only 12 Jamaicans from the past two centuries to be included in the first major Biographical Dictionary of the Caribbean, published in 2003.

-Some information taken from the National Gallery