Troja police station to be restored 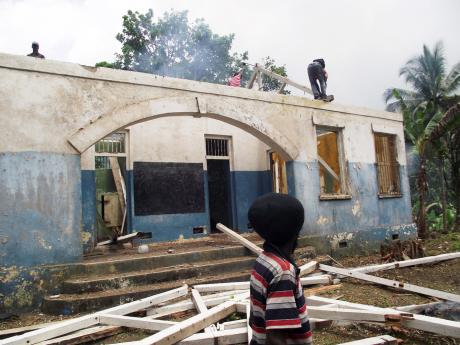 Rasbert Turner
Residents doing their part in the restoration of the police station in Troja, St Catherine. 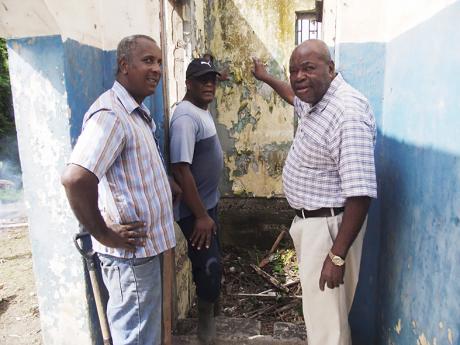 After 17 years, the cries of residents of Troja in North Eastern St Catherine have been answered, with the shuttered police station scheduled to be reopened before the end of this year.

"The residents begged me to make it a reality to have the police back here, and it will happen. Minister of National Security Robert Montague has given me his assurance that upon completion of the renovation, he will staff it," said member of parliament for the area, Leslie Campbell.

According to Campbell, who sits on the government benches in Parliament, the Tourism Enhancement Fund (TEF) has committed $3.4 million to begin the repair of the facility which once housed the station, and there are plans to get the rest of money that will be needed.

"We have managed to secure some monetary support from TEF and we realised that this can only offset the initial stage of the refurbishing exercise. We are in a position to secure another $10 million that can complete this project," said Campbell.

The first-term MP said getting a police station back into the community was part of a promise he made to the residents.

Last Tuesday, residents of the community used Labour Day to show their commitment to the project as they turned out in numbers to work on the facility.

"I am 25 years old, and I need the police station to come back. I am of the view that with the station here, there will be less criminality in the community," said resident Kemisha Smith, as she noted that residents have to depend on the police based in Riversdale, which is 11 miles away.

"By then, the criminals gone already," added Smith, as she joined others in removing zinc, wood and other material from the abandoned structure.

"I am pleased with the turnout of volunteers that we are seeing here today. I am a firm believer that the community can work for changes, and it shows that these residents really need the police station," said William Cytall, councillor for the Troja division, as he joined in the clean-up work.

In March, the cries of the residents for the station to be reopened reached a crescendo after gunmen kicked in the door of a house in the community and killed one man.