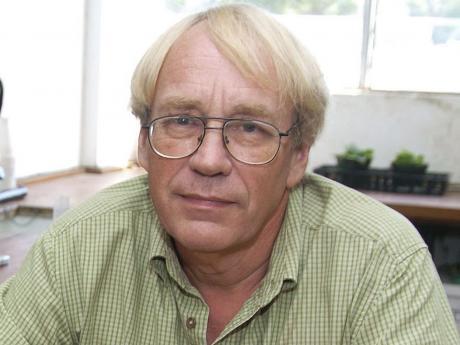 A doctor today testified that former lecturer at the Mona campus of the University of the West Indies (UWI), Dr Peter Vogel suffered multiple injuries before he died of strangulation.

The former lecturer’s body was found in the study room with a cloth tied around his face at his home in Mona Commons, St Andrew on July 18, 2007.

Prasad Kadiyala, who conducted a post mortem examination of the body, testified that Vogel died of asphyxia secondary to strangulation - “something, could be a hand or material, pressing against the nose area,” he said.

The pathologist was being led through his evidence by lead prosecutor Maxine Jackson.

He estimated that Vogel died eight to 12 hours before the preliminary examination of the body.

Prasad examined the body shortly after 9 o’clock on the morning of July 19, 2007.

He testified that he saw a total of 14 injuries on Vogel’s body and insisted that at least three of them were inflicted before his death.

Among the injuries Prasad said he saw were abrasions to the tip of the nose, the nose bridge and the upper lip.

He testified, too, that he saw “imprint” abrasions on the former lecturer’s face.