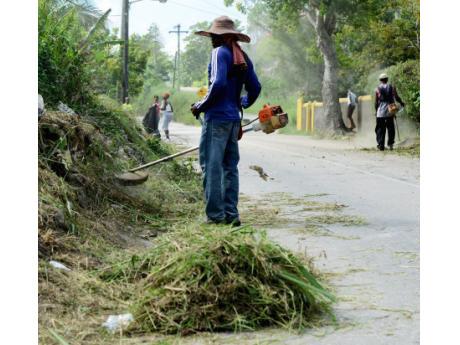 More constituencies represented by members of the Opposition People's National Party (PNP) benefited from the controversial pre-local government election de-bushing programme implemented last year, according to a report by the Office of the Contractor General (OCG).

And in a statement the Jamaica Labour Party (JLP) said it noted that the report "did not find any corruption in the programme".

The Opposition had accused the Andrew Holness administration of using the $600 million project to "buy" support for November's municipal elections. Some PNP parliamentarians had also alleged that communities in their constituencies did not benefit and suggested there was a bias for areas represented by the ruling JLP.

But Dirk Harrison in his special investigation report said more than half (55 per cent) of the de-bushing works took place in constituencies represented by the opposition party.

The OCG said government contracts and the utilisation of public funds should be guided by principles of "fairness, equity, transparency, integrity and accountability" It added that the issue of political parties, therefore, "ought not to arise".

In the meantime, JLP general secretary Dr Horace Chang said the report cleared up "misinformation" surrounding the project which he insists was "executed based on need and not on any political considerations"

The Government has argued that rains in the weeks leading up to November forced the implementation of the project.

The OCG has said the project was a "deviation" from the government's procurement guidelines. Chang said the administration acknowledged the recommendations related to the procurement process and "will examine the report in detail and give it the consideration it deserves".