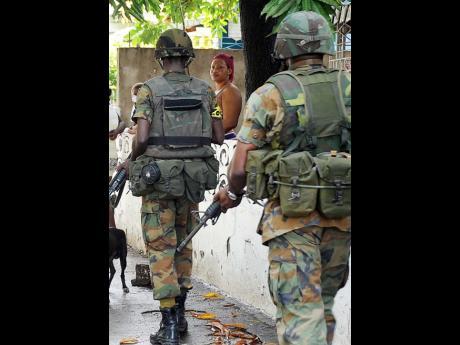 Approximately 30 Jamaica Defence Force (JDF) soldiers and officers today began receiving training in Human Rights and Fundamental Freedoms in preparation for the enactment of the Zone of Special Operations bill.

Civil Military Cooperation Officer for the JDF, Major Basil Jarrett, says they are being guided by personnel from the Western Hemisphere Institute for Security Cooperation through the United States Military Liaison Office.

The training programme is geared towards providing participants with various human rights skills and knowledge to prepare them to be successful Human Rights Instructors.

He explains that the Force is taking a train the trainer approach to ensure class sizes are small and that the lessons can be spread quickly throughout the JDF.

Prime Minister, Andrew Holness has promised that Jamaicans won't be brutalised by the security forces when a legislation to declare some areas zones of special operations for police and soldiers takes effect.

Last night in St Catherine, he said the operations will not be like others in the past where citizens complained about their rights being abused.

Last Friday, the Senate approved the legislation with 13 changes which will require a second-look by the House of Representatives before it becomes law.