Stay away from the drug trade, warns senior superintendent 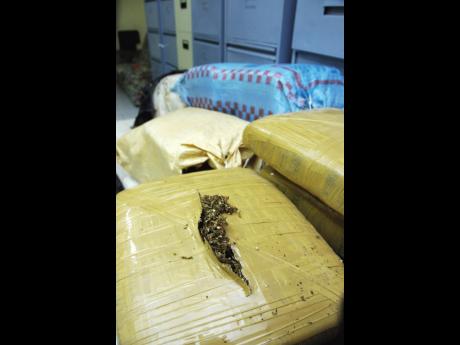 Taking into consideration the large quantities of illicit drugs seized since the start of the year at the island's various ports of entry, the police are once again warning Jamaicans to avoid involvement in the illicit drug trade as they have stepped up efforts to nab participants.

"We have increased our vigilance at the various ports of entry and have stepped up operational activities to seize drugs and to arrest individuals. As such, we are urging citizens to desist from getting involved in the trade," head of the Narcotics Division, Senior Superintendent McArthur Sutherland, said in an emailed statement recently.

He continued: "You are not only putting your life in danger, but also risking the lives of your families and friends. We are urging citizens and foreigners to stay away from this dangerous and illegal trade".

The statement continued by outlining that because of Jamaica's location, there is almost a perfect opportunity which exists for drug dealers from other countries, who use the island as a trans-shipment port to send illicit drugs into North America and Europe.

Based on this locational reality, numerous Jamaicans and other nationals are influenced to board commercial flights daily with substances strapped to their bodies or as part of their luggage.

This is a practice to which Sutherland wants to put a end, as drug trafficking contributes heavily towards murder, gang violence and shootings.