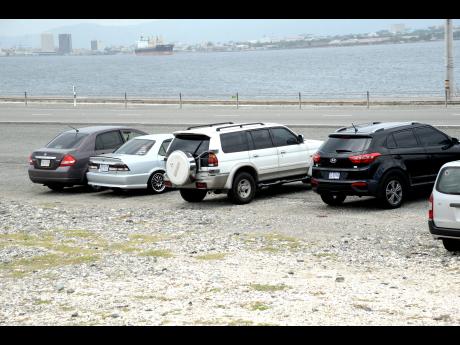 Norman Grindley
These motorists make use of the unofficial car park on the Palisadoes Road as they wait to pick up passengers at the Norman Manley International Airport. 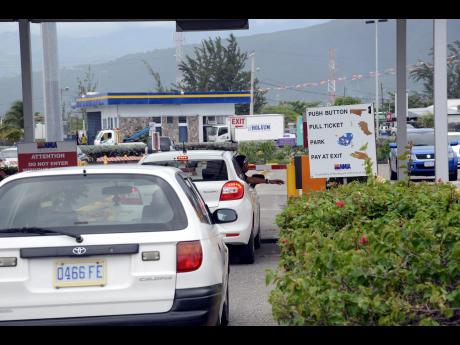 Norman Grindley
These motorists make use of the official car park at the Norman Manley International Airport.
1
2

Some security guards at the Norman Manley International Airport (NMIA) in Kingston are complaining that they are finding it difficult to deal with motorists who continue to flout traffic regulations when they turn up to pick up or drop off persons at the facility.

"I have just been here two months and already I get death threats from one driver because I just simply told him to move up little more off the pedestrian crossing.

"Some of them is just pure bad words. Is like them don't care about we and our jobs," said one security officer as he manned the arrival area at the airport.

"Some people just decide not to park in the car park. They just prefer to drive 'round until them see them people. But when them block up here is we, the airport, going to pressure and fire," added the security guard who asked not to be named.

Not willing to pay

One female security guard tasked with overseeing the official car park at the airport told our news team that she faces a daily challenge dealing with the motorists, as many do not want to pay the $150 per hour charge.

"Some complain that they are not staying more than 15 minutes and that they can't pay for that. But life would be much easier if they just park their cars," said the guard.

Last week, Grace Morrison, marketing and communications manager at the NMIA, noted that the regulations specifically dictate that motorists should comply with all signs and instructions from airport staff.

"Most persons coming to pick up arriving passengers will comply with instructions to move on so as not to block traffic," said Morrison.

"There are, however, some who, because of their resistance, become subject to prosecution by the police for failing to obey authorised instruction to move on," added Morrison.

"The car park charges are $150 per hour (or part thereof), for up to 4 hours, after which the maximum is $600 charged for up to 24 hours and for each additional day.

"These rates are among the lowest when compared to other international airports," argued Morrison, as she noted that the car park has more than 600 parking spaces in proximity to the arrival gate. It is also monitored by cameras and security personnel.

But several motorists have shunned the car park, opting instead to park, along the Palisadoes Road despite being pushed back from an area near the airport's main roundabout.

"Why am I going to go in there and go pay $200 for parking and I can stay right here unperturbed and the person just link me on my phone and tell me when they come out? It doesn't make sense I pay money to park," said Zayous Hamilton as he waited in the unofficial car park on the Palisadoes Road.

"It doesn't make sense I go in there right now to go pay that because she soon tell me that she ready. The other night me come and spend about $300 to park," declared fellow motorist Lennox White.