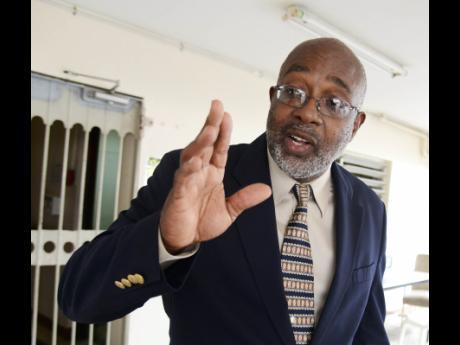 Opposition Member of Parliament Fitz Jackson has accused the Health Ministry of deceiving Jamaicans about the diagnostic services they can access.

He told this morning's meeting of Parliament's Public Administration and Appropriations Committee (PAAC) that the idea that there is free healthcare is a farce.

The Health Ministry is appearing before the Dr Wykeham McNeill-chaired committee for the second straight week.

This morning, chief medical officer Dr Winston De La Haye updated the committee on what each health region offers and where some diagnostic services are.

For example he said that most hospitals offer basic X-ray services.

The MPs argued that it cannot be said that the service is accessible when people especially from rural areas cannot afford to go to a hospital in Kingston or even to pay.

According to Jackson, if the patients cannot access the service, it does not exist.

Jackson said the ministry must change its systems to ensure people can access the services despite resource constraints.

MP for Manchester North Western Mikael Phillips questioned whether the ministry tracks patients who are turned away from hospital because they cannot pay or the diagnostic services are not offered.

Permanent Secretary Sancia Templer noted that there is a compassionate fund to help patients with financial problems, but Jackson said accessing it is not easy.

Government legislator Leslie Campbell criticised Jackson for his comment saying that he had gone "too far".

The Gleaner yesterday reported on a study by the Inter-American Development Bank which said the health of the population and productivity improved with the 2008 implementation of the no-user fee policy in public health facilities.