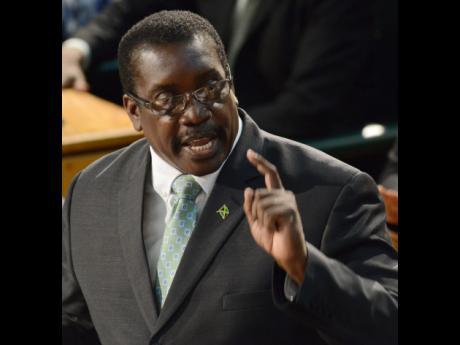 National Security Minister Robert Montague is insisting that the government’s Zones of Special Operations legislation will be a game changer and will have far reaching effects on communities.

The National Security Minister was speaking on Friday at the closing ceremony for the Youth Empowerment and Mentorship Residential Summer Camp held at the Iona High School in St Mary.

Montague also sought to assure that members of the security forces will not abuse citizens' rights, owing to the specialised training that they have received in preparation for the execution of this initiative.

“The security forces have undergone intensive training to ensure they respect the human rights of all citizens," said the security minister.

He explained that an intervention committee comprising the Custos, member of parliament, councillor, the Church, social agencies, among other groups will enter communities that have been designated a special zone and conduct a needs analysis in preparation for sustainable development.

“The intervention committee will move in five days after the security forces have cleared it with a view to normalising the area.  I am encouraging the participants of the IPAD camp to participate in these activities, which will be of great benefit to every resident. It is not about taking over the community, it is about staying with the community and growing with the community,” stated Montague.

According to the national security minister, the aim is to make all communities governable and accessible by state agencies.

“Every square inch of Jamaica must be governable and is accessible to states agencies” he noted.

The Zones of Special Operations legislation is part of the National Security Five Pillar Strategy, covering the pillars of crime prevention through social intervention, situational prevention and effective policing.