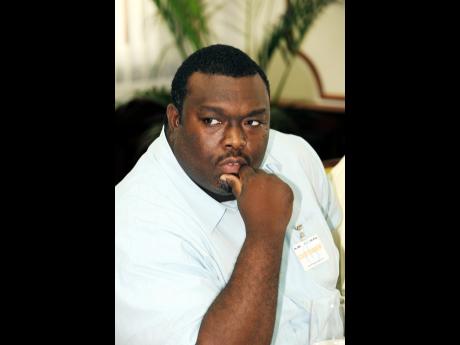 Executive Director of the Peace Management Initiative, Damian Hutchinson, is warning that getting rid of the lottery scam, which operates mainly in western Jamaica, will not be enough to control the crime problem in the parishes in that area.

Addressing a general meeting of the Rotary Club of Trafalgar New Heights at Phoenix Central, off Hope Road in St Andrew last week, Hutchinson said the police would need to get rid of the guns if they are going to impact murders in the western regions of the country.

"We haven't seen the negative effects of scamming yet. The amount of guns that would have been accumulated in Montego Bay, it's frightening!" Hutchinson exclaimed as he explained the intricacies of the country's crime problem to Rotarians.

"Montego Bay has more guns than Kingston right now, and when you destroy the scamming - because it's getting harder to scam - and when you get to a point where you can't scam anymore, and you have all of those guns out there, then you're going to see not murder for scamming, you're going to see a different type of turf and gang war in Montego Bay that has never been seen in this country before," he warned.

Up to Friday, the country's murder toll was 917, with St James continuing to account for the highest number of murders.

Hutchinson said it's time for the country to treat the crime situation as a public health and development problem, rather than a security issue.

"It's important for us to know how these things (crime) is generated, how it spreads, and what we are out there treating," he advised.

"We are just throwing more money, more police cars - used or new - all of these things, and it's not going anywhere because we are not impacting the problem or treating it in a way that fixes it in a sustainable way," he said.