Michael Maragh : From ‘promise to possibility’ 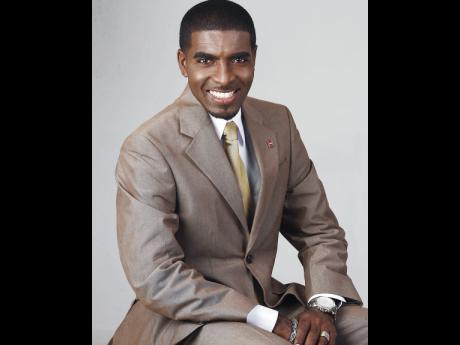 Michael Maragh spends a lot of his time delivering motivational sessions at staff functions, conferences and as guest speaker at other events where he encourages others through his own life experiences.

It has been a long journey for the principal finance officer at the Ministry of Health and it is one he willingly shares to inspire others.

Hailing from the community of Rema, Kingston, Maragh lost his father at the age of three to the gun. His mother, Vilma Smith, worked for most of her life at the Kingston Public Hospital kitchen/canteen, ensuring she looked out for her only child.

That was the wake-up call for Maragh, who said, that when he got the one subject, he had a talk with himself.

"I sat down and said to myself, 'a caan it dis'. I could not believe that I was going to really come out to nothing. I had no excuse. my mother did not stop me from school, not even for one day. I always had the full booklist, always had uniform, always had a shoe, always. Lunch money was small, but I had. One CXC! What am I going to do?" he reminisced.

Thinking about how hard his mother worked, Maragh said he knew he had to make a change.

"I went and did one CXC, and everybody laughed at me. I told them that I did seven CXCs and passed only one. mi know my limit. One, one I did them."

Having got the required subjects to attend the College of Arts, Science and Technology (now the University of Technology), Maragh pursued a course in accounting technician. He pursued further studies and became a chartered accountant, certified internal auditor and also completed a Master's of science in finance.

Reflecting, Maragh told Family and Religion that it was a rough road, but he never lost hope.

"I had to convince myself that I would make it out of Rema and the cycle of poverty and gun slinging life which was thrust upon us in the ghetto. I always remember with tears in my eyes, a song I used to sing that became my private weapon against doubters, criticisers and all the struggles in front of me at the time: "I am a promise, I am a possibility," he said.

Having surrendered his life to Christ many years ago, Maragh is now a member and minister at the Power of Faith Ministry International, where he participates in youth activities through motivational sessions, visits camps, not only for his church, but also many other churches and denomination across the island.