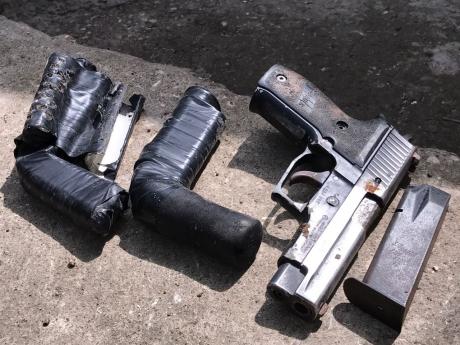 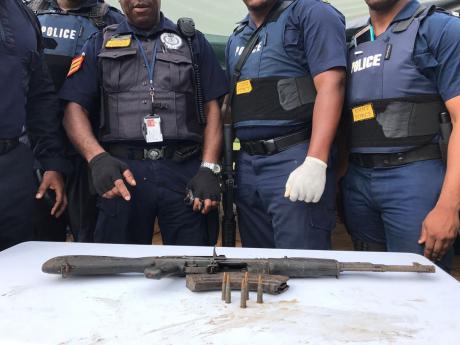 As the security forces continue their search for guns and gunmen in the Zone of Special Operation (ZOSO), they reportedly found four firearms in Mount Salem, today, bringing to five the total weapons find.

The Joint Command says the pistol was found wrapped in a black plastic bag in a garbage pile during a snap raid at premises on Piggott Street.

Two lead sheets used in illegal lottery scamming were also discovered and the team immediately extended the search for even more contraband.

The joint command says searches are ongoing and are expected to continue into the night.

According to ZOSO Communications Officer, Superintendent Stephanie Lindsay, the soldiers and police are extremely motivated and encouraged by today's weapons find.

She is also encouraging members of the public to continue to report what they know about illegal guns and criminal activity to Crime Stop at 311.

Rewards are being offered for information leading to the recovery of guns as follows: